AN ANXIOUS XI JINPING READIES FOR A THIRD TERM OF POWER 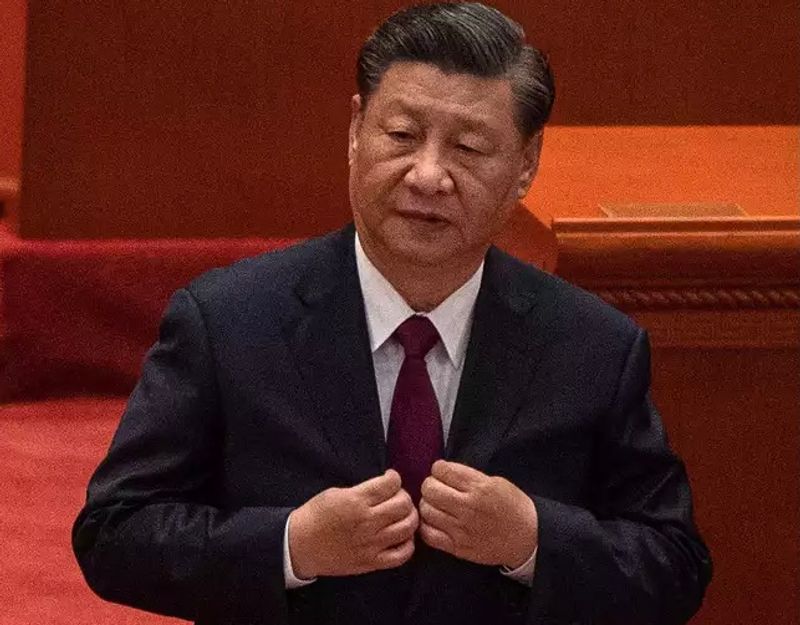 President Xi Jinping’s policies are beginning to be questioned within China as he prepares the ground for a third five-year term in the second half of 2022. It does not put a question mark on his future as China’s strong man but, yes, he no longer commands unquestioned loyalty from his people.

The world has changed rapidly since Xi took charge as President for the second term in 2017. The Covid pandemic transformed how the world works and breathes. China, Xi in particular, took the blame from the international community for the outbreak and suppression of information. It was thanks to tacit support from the World Health Organisation that Xi escaped the heat of a global probe into the Wuhan laboratory, but the damage was done.

The President’s Zero Covid policy is now beginning to test the patience of the Chinese people. Dozens of cities and towns, including Shanghai, are under lockdown for weeks and months. There is shortage of food and groceries and the people are beginning to feel the pinch. They are beginning to raise their voices in protest. The social media platforms are full of complaints.

The lockdowns have affected the economy, already weighed down by the President’s actions against Chinese unicorns and big businesses to teach them who is their master. Trade is impacted, ships are neither being loaded or unloaded in Shanghai ports, factories are shut, manufacturing is down, inflation and prices are rising.

This is a situation President Xi may not have envisaged when 2022 began but he has to plan for the 20th party congress well knowing that the public image of his invincibility has been dented. This is far from when Xi was included in the pantheon of China’s leaders along with Mao Zedong and Deng Xiaoping and it was decided that “Xi Jinping Thought on Socialism with Chinese Characteristics for a New Era” will be the guiding principle of the Chinese Communist Party.

However, Xi’s pot of woes is overflowing. There are several other issues that may paint him in a less than honourable colour.

The CCP recently elected President Xi as a delegate for the 20th party Congress. The decision came about at the party’s Guangxi regional Congress by a unanimous vote. The CCP Central Committee nominated him as a candidate for delegate to Congress.

There is speculation that the date of the 20th party Congress may be advanced in view of the complex internal and external situations. The idea is get it over with, with least damage to Xi’s image.

The Diplomat reports that for Xi to get his third term, “some institutional adjustments and explanations will be needed”. The news publication refers to Article 6 of the 2006 “Regulations on the Selection of Leading Party and Government Cadres” that says that “reappointments to positions in the CCP can be made only once, precluding a third term”. The publication claims: “This regulation is still in effect today, and if it were to be applied in its present form that would make it difficult for Xi to serve a third term. However, Xi could use this regulation to his advantage by becoming Chairman of the CCP on the grounds that he cannot serve three terms as General Secretary.” Basically, it is about tweaking rules, but the point being made is they have negative publicity value that Xi wants to avoid.

The second issue relates to age. Under the convention “commonly referred to as the ‘seven-up and eight-down’ rule, a cadre who is 68 or older must retire while a cadre who is 67 or younger may remain in office. Xi is 68 but his retirement can be postponed under the 2015 “Several Provisions on Advancing Capacity to Promote and Demote Leading Cadres (Provisional)”.  Xi will benefit from the practice he established of selecting personnel on the basis of their abilities and other criteria rather than their seniority. Questions will continue to be raised about Xi’s retirement age nevertheless.

Finally, the key question that will be raised in the run-up to the 20th Congress will be about Xi’s successor. When will the successor emerge, if not at this Congress?