Biden embarks for Asia with clear focus on China 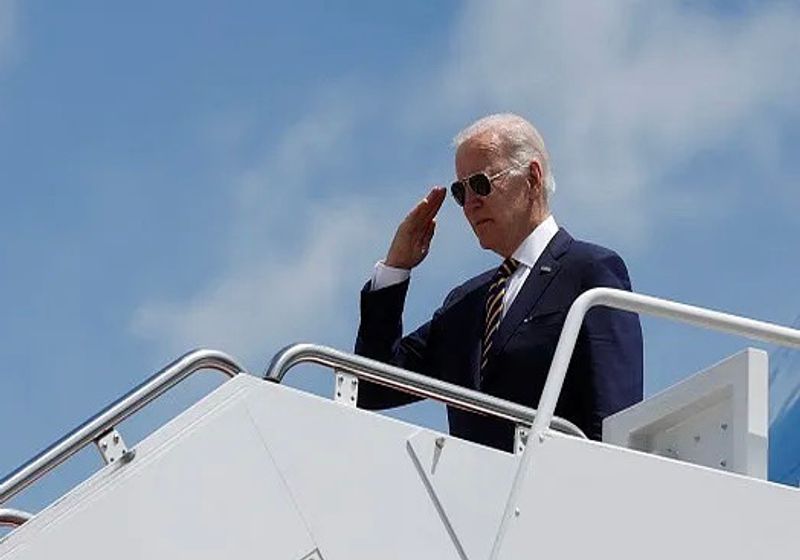 Washington [US], May 19 (ANI): US President Joe Biden boarded the Air Force 1 on Thursday (local time) afternoon and is en route for Seoul to embark on a visit to South Korea and Japan — a trip that the White House says “comes at a pivotal moment” for his foreign policy agenda.

Shifting focus from Russias invasion of Ukraine, Biden’s foreign agenda will occupy a clear focus on Asia, a message that will be clearly heard in Beijing.

The trip marks the US president’s first trip to Asia since taking office. Biden begins his journey in Seoul and wraps the visit in Tokyo where he would participate in a second in-person Quad summit with his counterparts from Australia, India and Japan, that includes Prime Minister Narendra Modi. They last met in September at the White House.

“The message we’re trying to send on this trip is a message of an affirmative vision of what the world can look like if the democracies and open societies of the world stand together to shape the rules of the road, to define the security architecture of the region, to reinforce strong, powerful, historic alliances, and we think putting that on display over four days bilaterally with the ROK and Japan, through the Quad, through the Indo-Pacific economic framework, it will send a powerful message. We think that message will be heard everywhere,” White House national security adviser Jake Sullivan said Wednesday.

Biden’s trip starts in South Korea, where he will meet the country’s newly elected president, Yoon Suk-yeol. The White House clarified that Biden will not go to the heavily fortified demilitarized zone separating the South from North Korea. Sullivan also noted that Biden “will see American and Korean troops standing shoulder to shoulder in defense of our collective security,” however the White House has not released details on where that will occur.

On Sunday Biden will meet Japanese Prime Minister Fumio Kishida, as well as Japanese Emperor Naruhito. Biden will deliver remarks on Monday in Tokyo about the Indo-Pacific Economic Framework (IPEF), which will seek to set standards on issues such as labor, the environment, and supply chains.

The US President will be joined in-person by Kishida for the announcement, and virtually by a number of other Indo-Pacific countries, according to the White House.

On Tuesday leaders of the QUAD will meet for the second in-person summit. Biden is also expected to hold bilateral meetings with the Indian and Australian leaders on the sidelines of the summit.

Biden’s predecessor Donald Trump made a visit to Beijing the centerpiece of on his first Asian trip, but the current president is making a point of concentrating on allies.

Asked to what extent is the message of this trip is a cautionary tale delivered to China, Sullivan said the message “will be heard in Beijing, but it is not a negative message, and it’s not targeted at any one country.” (ANI)

This report is auto-generated from ANI news service. ThePrint holds no responsibility for its content.