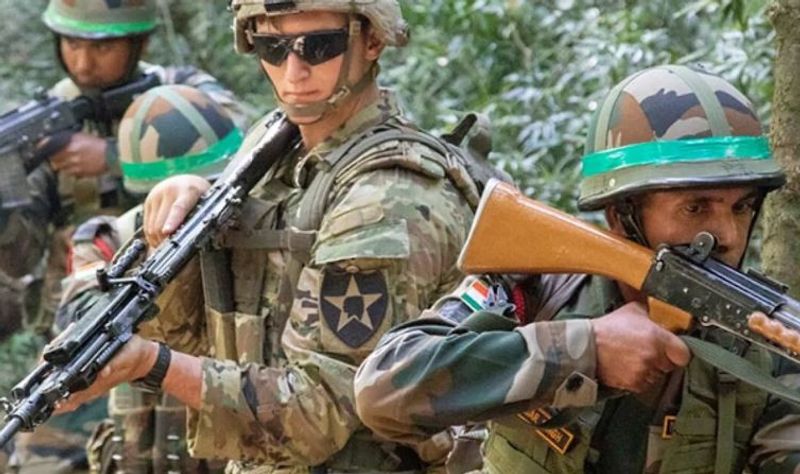 Amid the renewed tension with China over House Speaker Nancy Pelosi's visit to Taiwan, the US is set to hold joint military drills with India near the latter’s disputed Himalayan border with its neighbour in mid-October.

The exercise will be held at an altitude of 10,000 feet in Auli in the northern Indian state of Uttarakhand and will focus on high-altitude warfare training, reports CNN citing an Indian Army officer.

Auli is about 95 kilometers from the Line of Actual Control (LAC), an inhospitable piece of land where the disputed border between India and China is roughly demarcated.

The drills will take place as part of the 18th edition of an annual joint exercise known as "Yudh Abhyas" -- or "War Practice".

This edition of the exercise will see a greater integration of air and ground assets, meaning the Indian Air Force will also play a key role, according to The Print.

Relations between India and China have been strained since a bloody clash between their soldiers at Galwan Valley in Ladakh, which is also along the Himalayan border, in June 2020 left at least 20 Indian troops and four Chinese soldiers dead.

It was the countries’ deadliest clash since 1967.

Tensions have been raised further recently by China building a bridge across the Pangong Tso lake that sits along the border -- a move condemned by the Indian government as an "illegal occupation."

During a visit to India this year, the US Army's Pacific Commanding General Charles Flynn described China's military build-up near the disputed border as "alarming."

Asked about the joint exercises, a US Department of Defense spokesperson told CNN that the partnership with India was "one of the most important elements of our shared vision for a free and open Indo-Pacific region."

"One important element of this broader effort includes exercises and training events and Yudh Abhyas is one such annual bilateral exercise designed to improve interoperability and improve our respective capacities to address a range of regional security challenges," the spokesperson said.

The LAC, the loosely-defined, de facto border between India and China, emerged out of the Sino-Indian border war of 1962, which itself was sparked by longstanding historical territorial disagreements.

Its precise location can be blurry, and there is still a dispute between China and India as to where one country ends and the other begins.

Though tensions have eased since the 2020 Galwan Valley clash, both sides maintain a large troop presence in the border region, raising the risk of potential miscalculation in the event of sudden and unexpected clashes.

In May, CNBC reported that China was building a bridge across a lake in Ladakh on the Himalayan border with India — a move condemned by the Indian government, which called it an "illegal construction."

“It is the second and sturdier of two Chinese bridges across the Pangong Tso lake,” the news outlet added then.

Indian and Chinese military commanders held the 16th round of talks over the dispute regarding the LAC in eastern Ladakh in mid-July as the 15th round of talks failed to yield any significant outcome.

Any military provocations between India and China could have grave consequences. Both have nuclear weapons.