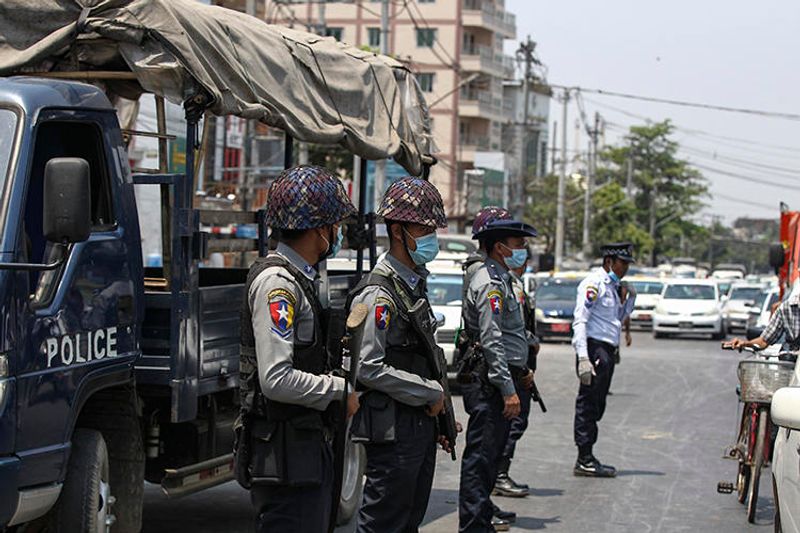 On March 31, authorities at the Sittwe No. 1 Police Station, in Rakhine state, filed terrorism charges against Khaing Mrat Kyaw, chief editor of the independent Narinjara News website, over an interview his outlet published with Arakan Army spokesman Khaing Thu Ka earlier that month, according to the journalist, who spoke to CPJ via email.

On April 7, police raided Khaing Mrat Kyaw’s apartment in Yangon and questioned his wife, he said.

If convicted, Khaing Mrat Kyaw faces a potential fine and 10 years to life in prison for damaging the security of the public under Article 50(a), and up to seven years in prison for “knowingly participating in a terrorist group” under Article 52(a), according to the Counter-Terrorism Law.

Myanmar’s government designated the Arakan Army a terrorist organization in March, according to news reports.

“Myanmar’s Special Branch should immediately drop the trumped up terrorism charges filed against journalist Khaing Mrat Kyaw,” said Shawn Crispin, CPJ’s senior Southeast Asia representative. “Journalists must be allowed to report on armed conflict and insurgent groups in Myanmar without being branded as terrorists. Such wrongheaded charges are an assault on press freedom and the country’s standing as a democracy.”

Narinjara News publishes in English and Burmese, and reports regularly on the armed conflict between the country’s military and insurgent groups in Rakhine state.

CPJ emailed the Home Ministry, which oversees the national police force, for comment, but did not immediately receive any reply.

Khaing Mrat Kyaw told CPJ that the Myanmar Press Council, an independent body tasked with resolving media disputes, sent a letter in April addressed to the president, home minister, and state counsellor calling on them to drop the charges against him, but has not received a reply. The Myanmar Press Council did not reply to CPJ’s emailed request for comment.

On March 31, authorities in Mandalay detained and filed similar terrorism charges against Voice of Myanmar editor Ko Nay Lin for publishing an interview with an Arakan Army spokesman, as CPJ documented at the time. He was released on April 10 and was told by authorities that the terrorism charges would be dropped if he agreed to cooperate with further questioning, which he did, Reuters reported.