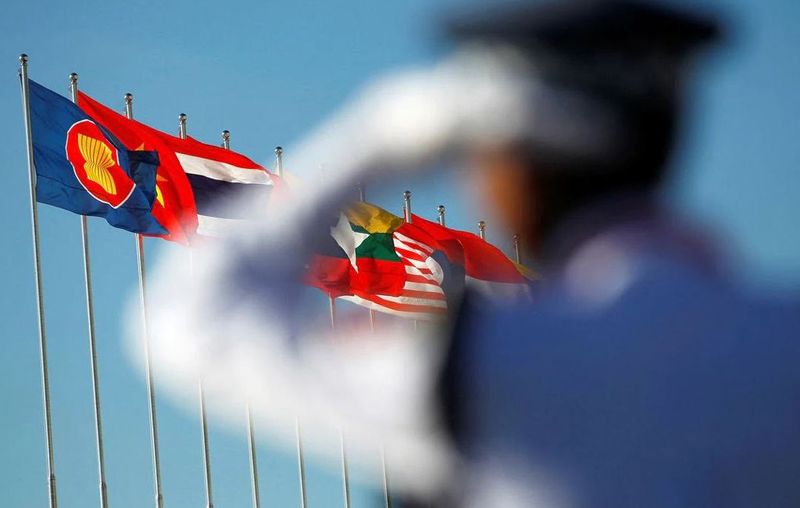 Myanmar's military government has criticized  calls for the Association of Southeast Asian Nations' (Asean) special envoy to the conflict-torn country to meet bodies that oppose 2021's coup, which the junta has declared as "terrorist" groups.

With little sign of the junta implementing a five-point peace plan agreed upon with Asean in 2021, which included an immediate end to hostilities and letting a special envoy facilitate dialogue, growing divisions have emerged in the 10-member bloc over how to restore stability.

After last Thursday's Asean foreign ministers meeting, Indonesia said it was crucial for the envoy to meet all parties in the conflict, with Malaysia calling for talks with the National Unity Government (NUG), a group made up of members of the ousted administration and other junta opponents.

"The ministry notes that while some deliberations were constructive on the implementation of the five-point consensus, two members have suggested special envoy to engage with unlawful associations and terrorist groups," Myanmar's ministry of foreign affairs said in a statement.

In its first public response to last week's Asean meeting, the ministry said suggesting the envoy engage with such groups was "not only contrary to the principles of the Asean charter but also undermine Asean's counter-terrorism efforts."

Representatives from the military-controlled government haven't been invited to Asean meetings since 2021.

Myanmar has been in crisis since the military overthrew an elected government in 2021, with more than 1,500 civilians killed in a crackdown against junta opponents, according to figures cited by a Thai-based activists group.

The military, which has disputed the death tally, is also fighting on multiple fronts with armed pro-democracy groups in the countryside and ethnic minority forces.

In a message on Twitter, Zin Mar Aung thanked Saifuddin for his "strong support to find a solution on Myanmar and his clear message to the special envoy".

Prak Sokhonn, Cambodia's foreign minister, has said engaging with the NUG was complicated because of the junta's objections, though said the envoy could act as a "bridge".

He said his predecessor as Asean envoy was unable to visit Myanmar because of preconditions by some Asean members that the ruling generals found unacceptable.

Those included access to Aung San Suu Kyi, the leader of the elected government ousted in 2021's coup. Suu Kyi is on trial accused of multiple crimes.