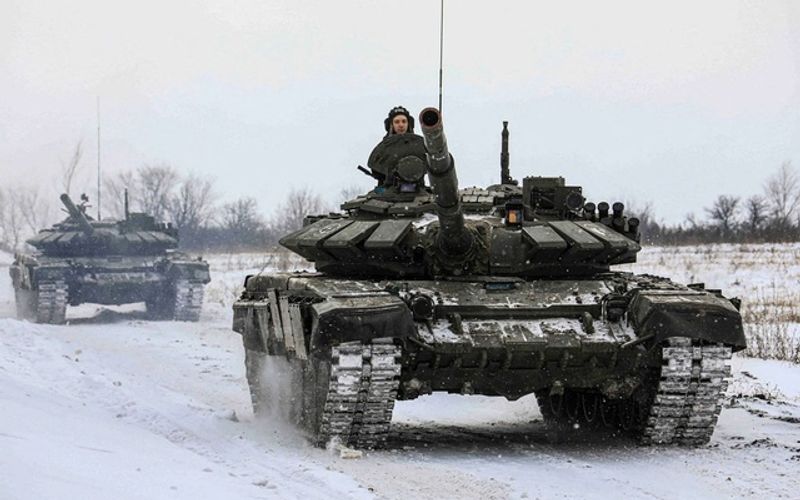 "Russian President Vladimir Putin recognised two breakaway regions in eastern Ukraine as independent on Monday and ordered the Russian army to launch what Moscow called a peacekeeping operation in the area, upping the ante in a crisis the West fears could unleash a major war."

Putin told Russia's defence ministry to deploy troops into the two breakaway regions to "keep the peace" in a decree issued shortly after he announced recognition for Russia-backed separatists there, drawing US and European vows of new sanctions.

It was not immediately clear the size of the force that Putin was dispatching, when they would cross the border into Ukraine and exactly what their mission would be.

In a lengthy televised address, Putin, looking visibly angry, described Ukraine as an integral part of Russia's history and said eastern Ukraine was ancient Russian lands and that he was confident the Russian people would support his decision.

Russian state television showed Putin, joined by Russia-backed separatist leaders, signing a decree recognising the independence of the two Ukrainian breakaway regions along with agreements on cooperation and friendship.

Defying Western warnings against such a move, Putin had announced his decision in phone calls to the leaders of Germany and France earlier, both of whom voiced disappointment, the Kremlin said.

Moscow's action may well torpedo a last-minute bid for a summit with US President Joe Biden to prevent Russia from invading Ukraine. The rouble extended its losses as Putin spoke, at one point sliding beyond 80 per dollar.