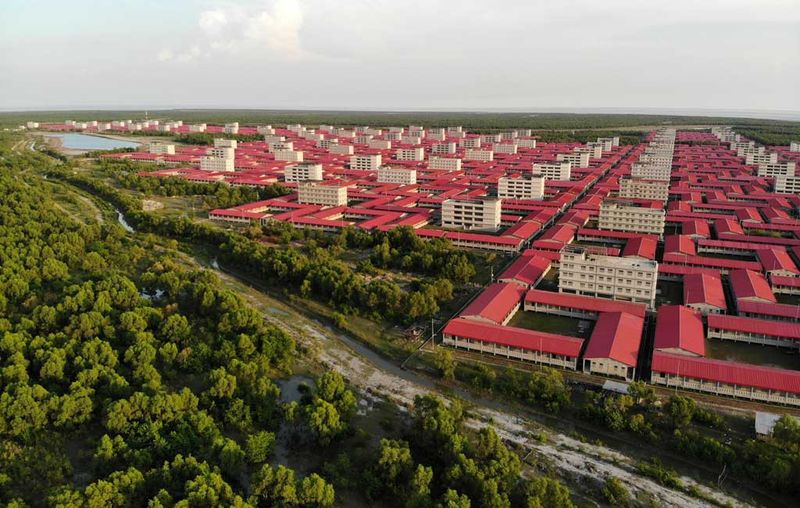 Another batch of 2,950 Rohingyas will reach Bhasan Char island on Thursday, officials have said.

A total of 27 buses carrying the Rohingyas left for Chittagong from the Ukhiya refugee camp on Wednesday afternoon.

Additional Refugee, Relief and Rehabilitation Commissioner Md Shamsuzzaman Nayan told reporters that the refugees were expected to reach the island on Thursday afternoon.

On February 16, another 1,654 Rohingyas were relocated to Bhasan Char.

So far, around 22,000 Rohingyas have been relocated to the island in 11 phases, sources at the office of the Refugee Relief and Repatriation Commissioner said.

Bangladesh plans to relocate 100,000 Rohingyas to Bhasan Char in phases, in the face of growing concerns over the extreme congestion in Cox’s Bazar camps and to avert any untoward incident. It has also been campaigning to ensure quick repatriation of the refugees.

The country is currently hosting more than 1.1 million Rohingyas. The majority of them came to Bangladesh in August 2017, fleeing persecution in their homeland of Rakhine state in Myanmar.