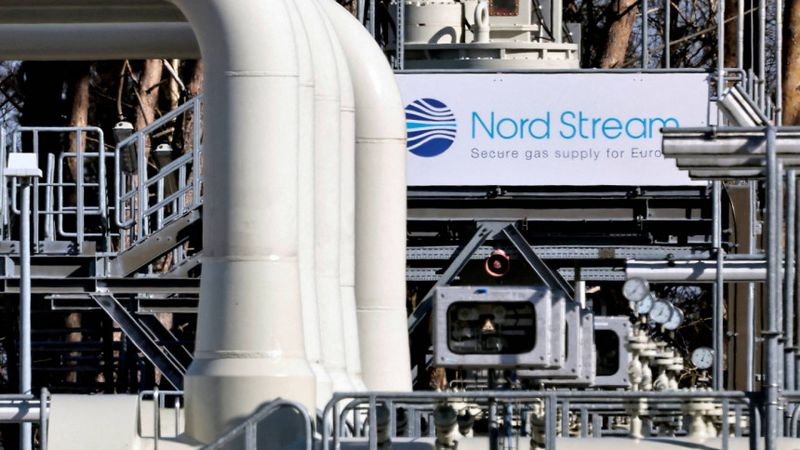 A major gas pipeline from Russia to Germany was shutting down for annual maintenance on Monday amid German concern that Russia may not resume the flow of gas as scheduled.

The Nord Stream 1 pipeline, Germany's main source of Russian gas, is scheduled to be out of action until July 21 for routine work that the operator says includes "testing of mechanical elements and automation systems." The operator said the gas flow was reduced progressively starting at 6 a.m., German news agency dpa reported.

German officials are suspicious about Russia's intentions, particularly after Russia's Gazprom last month reduced the gas flow through Nord Stream 1 by 60%. Gazprom cited technical problems involving a gas turbine powering a compressor station that partner Siemens Energy sent to Canada for maintenance and couldn't be returned because of sanctions imposed over Russia's invasion of Ukraine.

Canada said over the weekend that it would allow the part to be delivered to Germany, citing the "very significant hardship" that the German economy would suffer without a sufficient gas supply.

German politicians have dismissed Russia's technical explanation for last month's reduction in gas flows through Nord Stream 1, saying the decision was a political gambit to sow uncertainty and push up prices.

German Vice Chancellor Robert Habeck has said he suspects that Russia may cite "some little technical detail" as a reason not to resume gas deliveries through the pipeline after maintenance.

Germany and the rest of Europe are scrambling to reduce their dependence on Russian energy imports. Germany, which has Europe's biggest economy, has been getting about 35% of its gas to power industry and generate electricity from Russia.

Last month, Habeck activated the second phase of Germany's three-stage emergency plan for natural gas supplies, warning that Europe's biggest economy faced a "crisis" and storage targets for the winter were at risk.