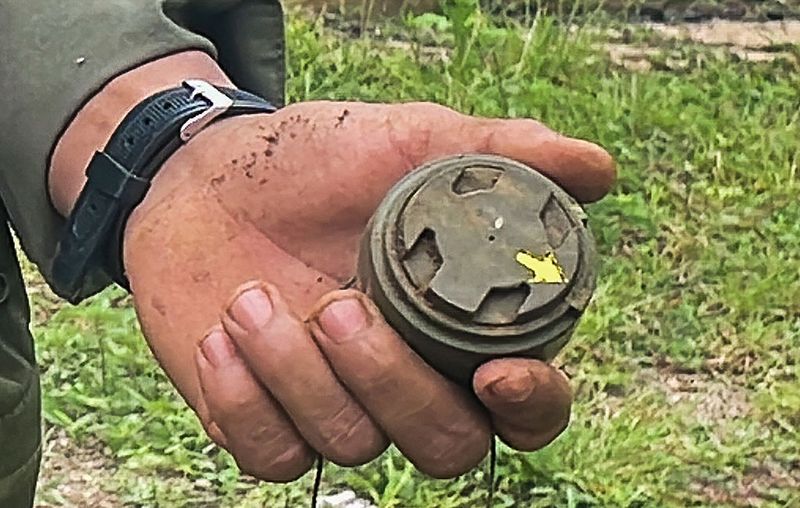 Fighting has ramped up in recent months after armed forces overthrew the democratically-elected government in February 2021 — returning leadership to a military junta.

Amnesty investigators travelled to Kayah State (formerly known as Karenni State) near the border with Thailand, where they interviewed 43 people including landmine survivors, medical workers who had treated them, and others involved in clearing operations.

The team said they had "credible information" that the military placed landmines in at least 20 villages, including near rice fields and around a church, which resulted in civilian injuries and deaths.

The researchers claimed that in at least one case, soldiers booby-trapped the stairwell of a home using a tripwire.

"The military's depraved use of landmines in homes and villages will continue to have devastating effects on civilians in Kayah State for years to come," said Rawya Rageh, a senior crisis advisor at Amnesty International.

One 52-year-old mother shared an anecdote with the researchers about the time her teenage daughter was maimed by a landmine.

"I heard the explosion, then I looked and saw a lot of smoke," Rosie recalled. "I heard my daughter yelling, 'Mama, Mama,' and I went to look and saw her lying on the ground."

"I noticed that my daughter had no leg anymore… I went searching for [her leg], but the man who [was passing by and stopped] to help us said, 'Stop! There will be another landmine. The most important thing is to stop the bleeding.'"

The military is currently waging a civil war on multiple fronts — not only in the eastern Kayah State, but also to the west in Rakhine State.

There, the treatment of the Muslim Rohingya population has been condemned as genocide by governments including the United States, France and Turkey, as well as by NGOs like Amnesty itself.

More than 160 countries have joined the 1997 Ottawa Convention that bans the manufacture, stockpiling and transfer of anti-personnel mines.

Myanmar is one of a few countries not to have signed the treaty, along with superpowers the United States, Russia and China. But Amnesty International also claims landmines are nevertheless prohibited under "customary international humanitarian law."