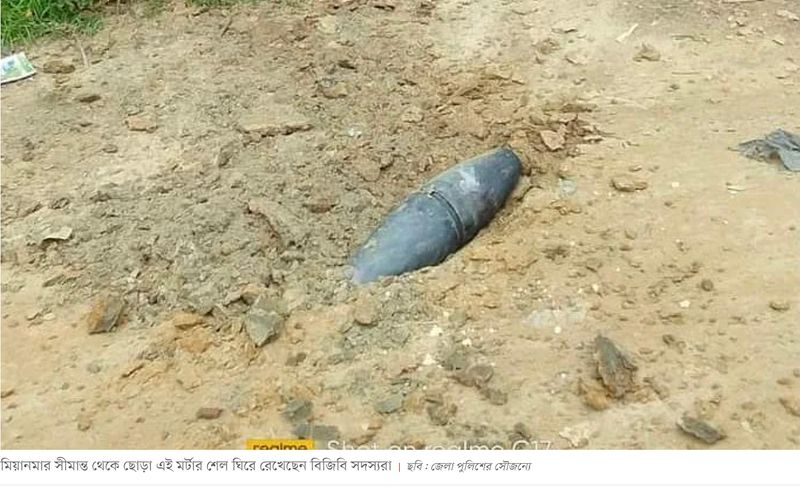 The Ministry of Foreign Affairs on Monday summoned Myanmar Ambassador to Bangladesh Aung Kyaw Moe and lodged a strong protest against Myanmar’s mortar shells inside Bangladesh territory a day earlier.

"We have lodged a strong protest with Myanmar so that such incidents do not happen again. We have also strongly condemned the incident," Foreign Secretary Masud Bin Momen told reporters at the Ministry of Foreign Affairs.

He said a note verbale was handed over to the ambassador.

On Sunday, the foreign secretary said it will first be investigated whether the firing of unexploded mortar shells on the Bangladesh border was an accident or intentional.

Border Guard Bangladesh (BGB) stepped up its vigilance along Bangladesh-Myanmar border in Bandarban area after two Myanmar mortar shells landed in an area near Tambru under Naikkhangchhari in Bandarban on Sunday afternoon.

Locals got panicked seeing the mortar shells which remained unexploded.