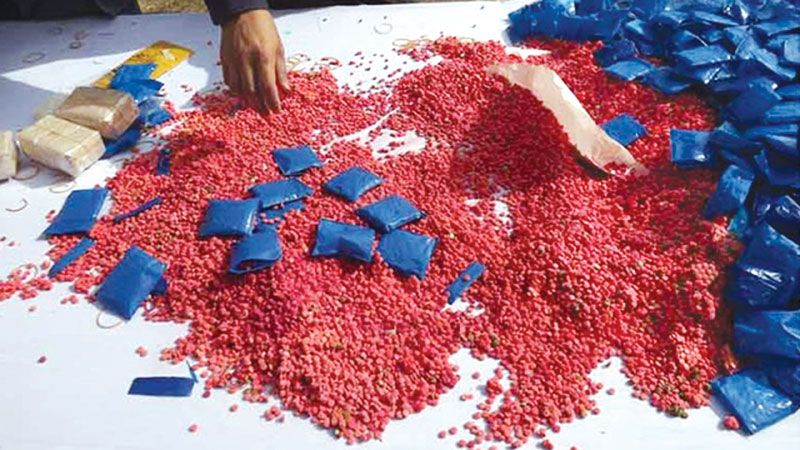 Bangladesh police have found evidences that  Indian agents are now active in the illegal profession. They have recently arrested one Indian national who tried to carry Yaba tablets to their country.
Those tablets are normally sold to Bangladeshi dealers by those agents.

The Daily Star, a popular English daily newspaper published from Dhaka, yesterday reported that their police forces have arrested Indian national Md Abdus Sabur (around 34 years old) along with two Bangladeshi dealers namely  Shamsul Alam (28) and Jakeer Hossain (40) from a house in Rampura locality of Dhaka.

Quoting a senior Bangladesh police officer Mashiur Rahman, the newspaper also revealed that the enforcers recovered around 10,000 Yaba tablets from their custody.

The smugglers earlier used border town Teknaf, opposite to Maungdaw of Myanmar, as the gateway to transfer Yaba tablets to Bangladesh. But now they have changed the route as the vigilance has been tightened in Teknaf  under Cox's Bazar district of Bangladesh.

They collect the pills from Myanmar and then take those to Assam through Tripura in northeast India before sending into Bangladesh, claimed the  media report.