58 villagers appear in Sittwe court in connection with AA links 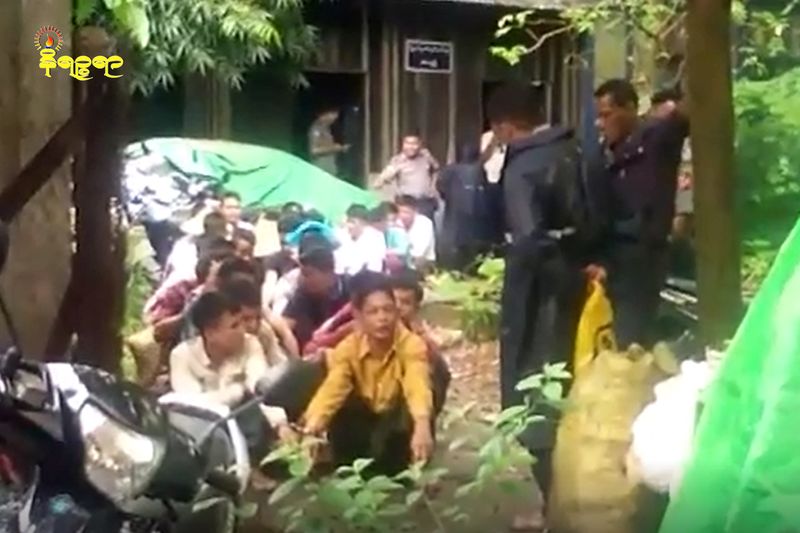 Among them, 22  villagers hail from Let Kar village, six from Pauk Taw Bying, 24 from Kyauk Say Byint, two from Tin Htin Gan village and one from Zaydi Taung. All these villages are located under Mrauk U township. Three others hail from Than Daung village under Kyauk Taw township.

The acting lawyer U Aye Tun Maung informed that two witnesses, one is a village administrator and the other one a police constable, were
scheduled to examine those villagers, but they were absent.

U Aye Tun Maung added that the villagers appeared before the judge, but he denied more information.

All villagers were arrested over their links to AA and most cases are related to under section 50 of counter-terrorism law, section 3 of explosion (manhandle) law and section 17 (1) (2) of unlawful associations.

Daw Thein Mya Yin, wife of U Khin  Maung Soe, who is one of the detainees, claimed that the security forces arrested her husband even
though he had no such link with AA. But U Khin  Maung Soe is now facing troubles. She urged the authority to release her husband at the
earliest.

Not less than two hundred people of Arakan have been arrested since 2018 with the suspicion of linking to AA.