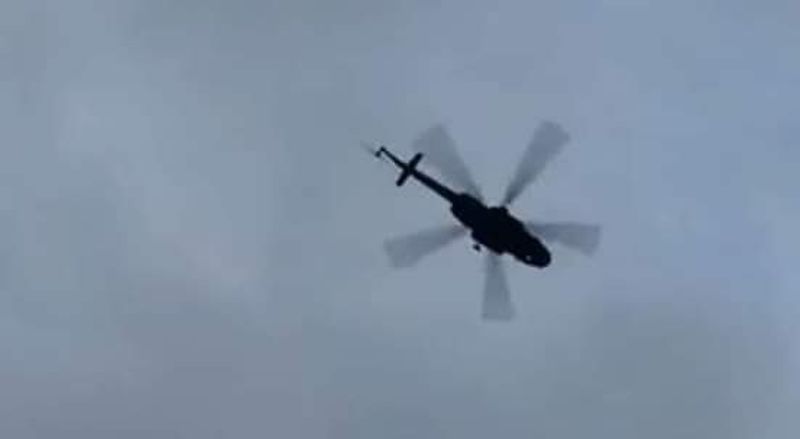 As the fighting between Myanmar security forces and Arakan Army (AA) members intensified after three days of encounters, the Myanmar Tamadaw today used three helicopters to launch airstrikes in Min Bya township of Arakan. According to a witness, the strikes were conducted at around 2 pm and it lasted for 20 minutes only.

“Three helicopters flew over the mountain range of Kyaw Kha, near to Dai Thar village under Min Bya township, from where the security forces conducted the airstrikes,” added the witness.

Kyaw Kha range witnessed the encounters since the morning hours and by 2 pm the airstrikes were reported.

A young woman from Pyin Young village, which is 2 miles away from the location, informed that they could see a wave of smoke in the sky over the battlefield.

A village administrator of the area revealed that the fighting broke out on Saturday and it continued till Monday, where both sides have used small guns and artilleries.

Meanwhile, a  large number of local villagers had left their residences in search of safer places.

Heavy fighting between Tatmadaw and AA was also reported from Kyauk Taw township in the upper Kaladan river However, the security forces have not used helicopters in those area.

A monk from Thapon village under Kyauk Taw township informed that the fighting took place at various locations near to the village graveyard by 12 pm and continued till 1.30 pm. The security column comprised of around 100 soldiers and they used mortars and artilleries. The AA member also responded accordingly.

Even the peace talks with the government are scheduled for 17 September in Kyaing tong of Shan State, the fighting between Tatmadaw and AA gets intensified. At least three locations of  Arakan witnessed the
encounters since Saturday. However, no report of casualties was claimed by anyone.