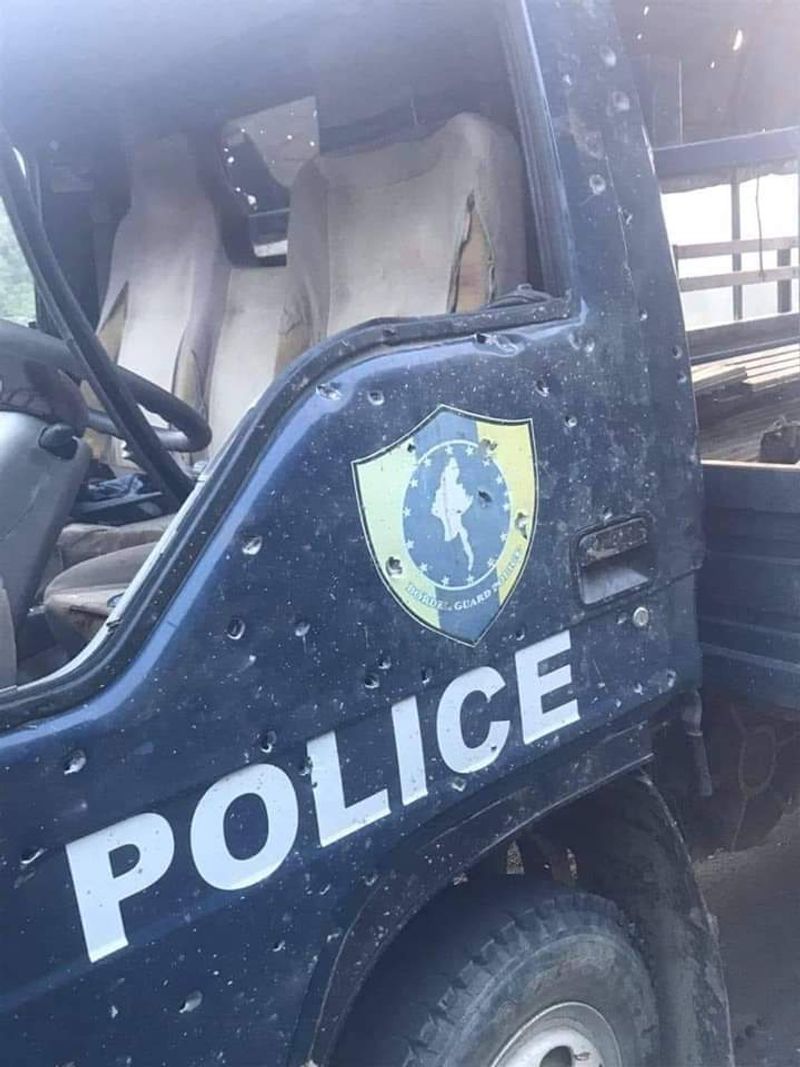 At least two border guard police personnel were killed and many injured while a prisoner car convoy faced attacks on Thursday evening in northern Arakan of Myanmar.

The incident took place at 4.30 pm when the convey was returning to Buthidaung prison from Maungdaw after the detainees were produced in Maungdaw district court.

Victims have been identified as Tun Aung Kyaw and Hain Zaw, where 9 other police personnel also sustained injuries in the attack carried by AA members with remote-controlled mines. Those injured have been admitted to the military hospital.

Win Zaw Oo, spokesperson of western command in Myanmar Army confirmed the attack and admitted that some police personnel was seriously wounded.

“Two mines were exploded that hit a police escort car of the prisoner convoy. Some police constables were seriously injured,” he added.

Rakhine State police chief Kyi Lin also confirmed the report but enied any details. The police report reveals that the attack was carried out by Arakan Army members and they used remote mines and small guns.

However, AA sources denied their involvement in the incident.