Fierce fighting with AA broke out in Rathidaung 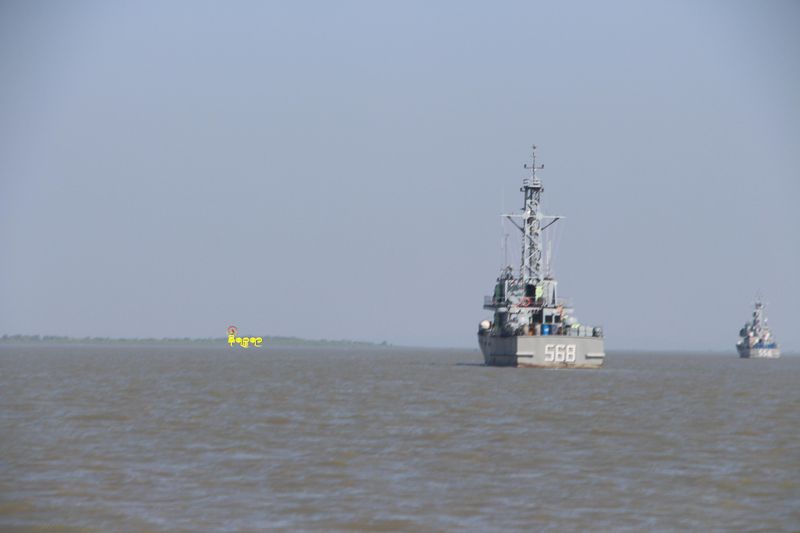 AA members attacked a navy ship on Mayu river by rocket launchers at around 3 pm. The navy ship was anchored in the middle part of Mayu river between Rathidaung creek and Ngala Byar creek.

According to locals, AA members used 107 mm launchers. Soon after the attack, security personnel responded with several artillery shells to a nearer location. They moved the navy ship towards Rathidaung where three battalions (no 376, 377 and 378) are stationed.

When the navy ship arrived at a location near to LIB 376 in Rathidaung at around 6 pm, security personnel started firing by cannons to several locations in the western part of Mayu river.

According to a witness, the navy firing began at 6 pm and continued till 6:45 pm. Villagers witnessed bright rays of light in the dusk which was released from artillery shells.

A villager from Pyar Binyin informed Narinjara that all the residents had left their village for safer places after the shells exploded near to their locality.

“We were scared of the situation as several shells were exploded by the forces. The sound of firings also gripped the locality. Many people ran away from their village for taking shelter in other places,” he added.

One battle took place at a mountain range near Amyat Taung village at around 10 am on 25 November and another broke out at the confluence of upper Laing Gun Gyi creek since early morning hours. By 11:30 am, the forces retaliated with two MI 35 fighter helicopters.