Over 10000 acres of paddy damaged in Arakan 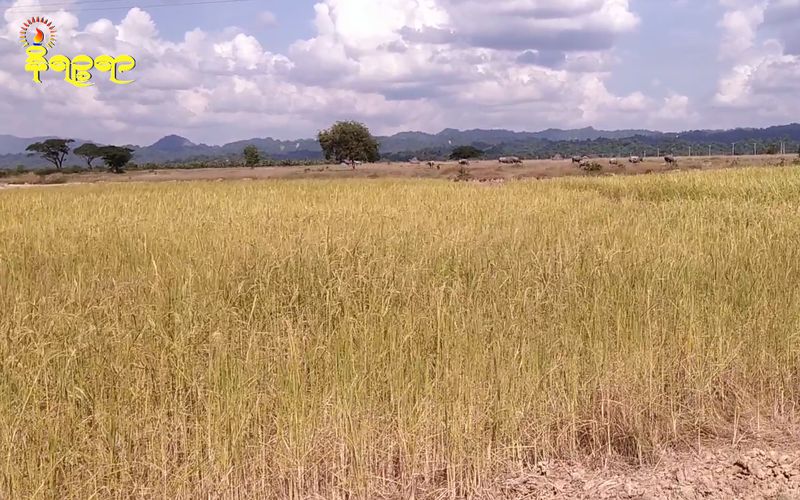 Over ten thousand acres of paddy have been damaged in seven townships of Arakan as the farmers were unable to reap the crops because of ongoing battles between Myanmar Army personnel and Arakan Army members.

U Kyaw Zan, chairman of  Arakanese farmers association informed that over 10000 acres of paddy were damaged in Arakan as the farmers could not go to their farmlands.  Affected townships include Rathidaung, Buthidaung, Ponna Kyunt, Minbya, Kyauk Taw, Mrauk U and Meabon.

There are three major reasons as the farmers could not harvest their crops. First, most of the farmers are now taking shelter in IDP camps and they remain unavailable for farming works. Secondly, many paddy fields are in the battle zones and nobody dared to go there.

Thirdly, U Kyaw Zan  added, Myanmar security forces have arrested many farmers with the suspicion of AA links. In some occasions, the security personnel even fired over them. So the farmers got scared of going to the farmland, he asserted.

According to a local source, U  Kyaw Hla Sein and Daw Khin Than New from Taung Oo village under Mrauk U township had recently went to harvest their crops at Htitwa Bying circle but the army officials did not allow them go there due to security reasons.

A farmer from Sa Nyin village in Meabon township informed that all the villagers had already left their places for 15 days now after the gun-battle erupted in their village. The villagers are away from their farmland currently and the crops would get wasted in the next few days, he claimed.

Earlier the rainy (agriculture) season also witnessed the conflicts and hence over two lakh acres of land went unused this year, stated U Kyaw Lwin, State minister for agriculture, husbandry and mining in Arakan. He also predicted that the volume of rice productions in Arakan would come down drastically this time.