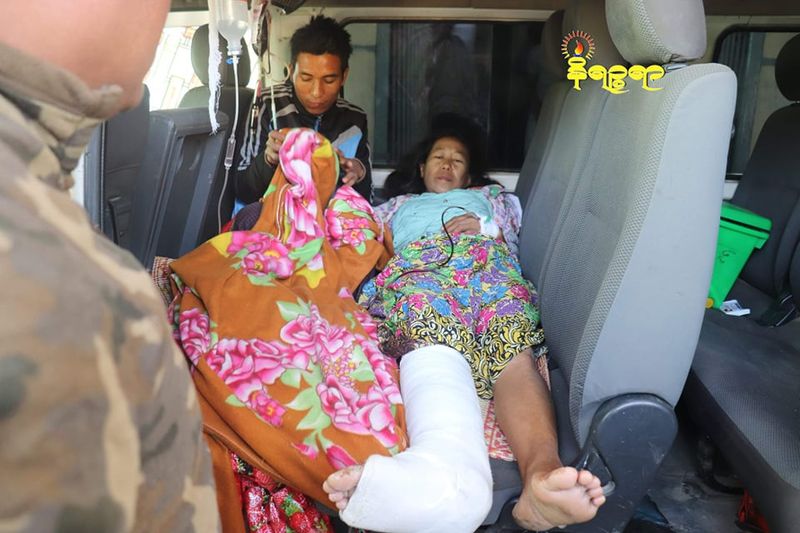 Four rural women of Rathidaung township, 20 miles north of State’s capital Sittwe, were injured in an incident of firing by Myanmar Navy personnel near to Mayu river in northern Rakhine.

Ma Yin Kyawt Nu (47 years old) and Ma Poe Phyu Thein (18) from Raboke village received injuries as they were selling clothes in the village market. The incident took place at around 2 pm on 6 February.

The Raboke village administrator informed that both the women sustained serious injuries and later sent to Sittwe general hospital from Rathidaung township hospital for better treatments.

Two other women from Saukat village which is adjacent to Raboke village also received injuries at the same time as the navy personnel went on firing shells to different locations. Victims were identified as Daw Ma Bon Gyi (70 ) and Daw Khin San Chay (28). Both of them were admitted in Rathidaung township hospital.

Local people claimed that the artillery shells came from a navy ship by 2 pm and some pieces hit the village women. It is understood that the navy personnel retaliated attacks by Arakan Army members from the river bank.

U Khin Maung Lat, a local Parliamentarian while claiming that the shells were fired by the navy personnel condemned the action on civilians.