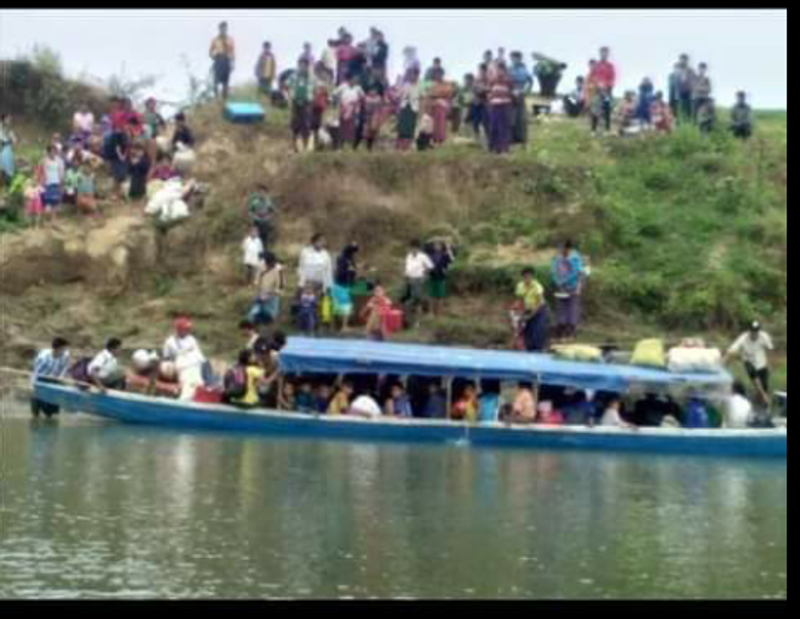 Over 1500 villagers from around 20 villages under Rathidaung  township have left their places due to terrible conditions to take shelter at Thekan Kuason village under Buthidaung township.

Thekan Kuason village administrator confirmed that 1536 villagers from northern Rathidaung localities have arrived there between 7 and  9 February.

“The primary reason for their departure is the incidents of gun-fighting in their villages. Many houses were already burned down . So they came to take shelter in our  village,” said the village administrator.

A young woman from Thami Hla (old) village informed that incidents of fighting continued in their places. Many houses were also damaged in the fighting. Facing insecurities, the villagers left their places and some of them take shelter at Thekan Kuason village.

Few other villagers reached Zay Di Bying village and some have gone to the downtown areas of Rathidaung.

The government forced have used helicopters to target AA members and soldiers from Rathidaung  based battalions continued firing artillery shells in the conflict ridden areas.