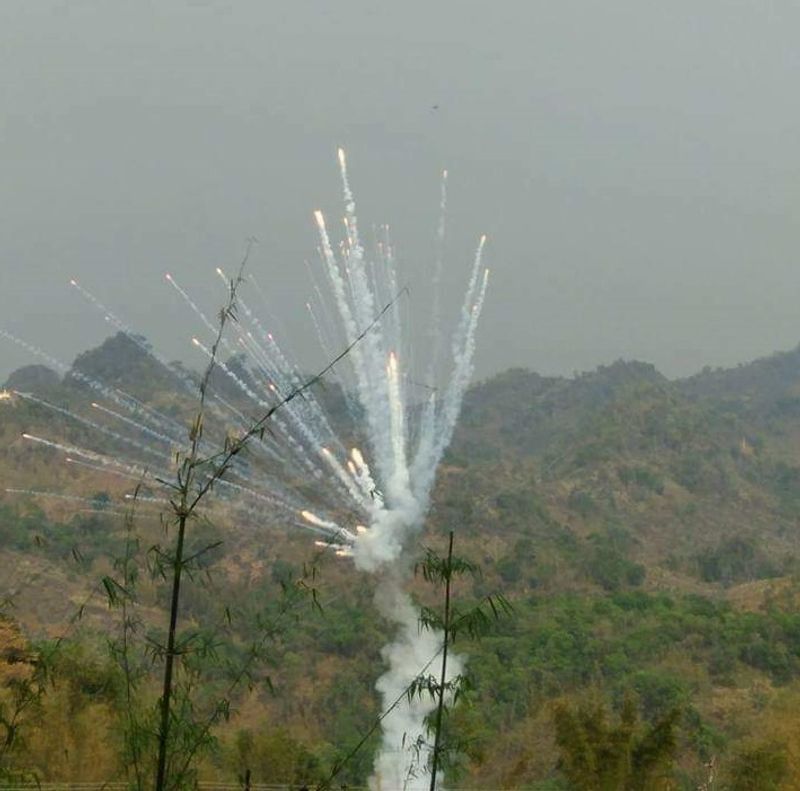 On March 10 approximately 20 troops were captured by the AA, including the Battalion Commander Thet Naing Oo, as well as officers and other troops of different ranks.

The following day another ten Tatmadaw troops were captured, two captains included.  According to a statement issued by the AA, a total of 30 troops have been detained, along with seizures of weapons and ammunition.

“Attacks began around 4am on March 10 at the boundary between Paletwa and Kyauktaw Townships. Fighting near Mon Than Pyin village was intense and went on for the whole morning.  It was during that clash that around 20 Tatmadaw soldiers were captured, including the Light Infantry Battalion no. 7 Battalion Commander, Thet Naing Oo, as well as officers, NCOs and soldiers.  Many weapons were also confiscated.  After that, 20 bodies were also recovered” the statement said.

Another ten Tatmadaw soldiers from the same detachment were captured on March 11, including one medic with the rank of captain as well as another captain.  A quantity of ammunition had also been seized.

The incident occurred after the troops were sent by three helicopters to reinforce the Meewa hilltop outpost in Paletwa Township on March 10.  The unit in question is the Light Infantry Battalion no. 7 a detachment from Light Infantry Division 77, based in Phayagyi, Bago Region.

Arakan Army (AA) spokesman Khine Thu Ka explained that the troops captured during the battle would be treated in accordance to international law that protects prisoners of war.

The Tatmadaw True News Information Team secretary, Brigadier General Zaw Min Tun, told media that the incident was unable to confirm , however he did note that contact had been lost with one Tatmadaw unit in the area.

According to local villagers, heavy fighting between the Arakan Army and the Tatmadaw has occurred for over 30 consecutive days in areas bordering Rakhine’s Kyauktaw and Chin State’s Paletwa Townships.  Jet aircraft and helicopters have been used day and night to attack positions.

Civilians have been killed and injured, livestock have died or disappeared, and houses and property have been destroyed in fire.