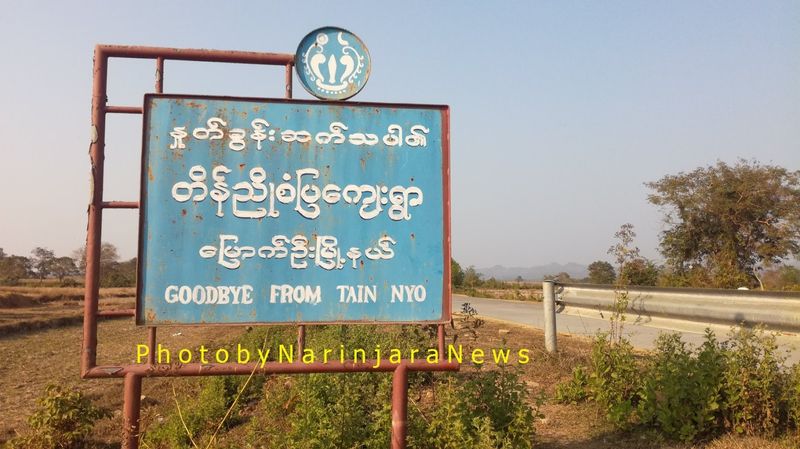 At least 16 people were injured including four young children due to shelling and small arms fire that was directed into villages along the stretch of main road between Mrauk Oo and Kyauktaw, according to villagers.

Shooting erupted after military vehicles were involved in a mine explosion near Let Kar bridge, Mrauk Oo Township.

The injured included 12 people from Tein Nyo IDP Camp, among them four young children, one person from Taung Oo and three people from Tha Yet Ta Pin Thein Tan village, according to the most recent records.

One villager explained that the three injured people from Tha Yet Ta Pin Thein Tan village in Kyauktaw have been named as U Win Zaw Oo (40), Daw Nway Nway Oo (39) and Daw Aye Thein Nu (64).

“They have been sent to Tha Yet Ta Pin Hospital.  Daw Nway Nway Oo is in a serious condition, she was injured in the head.  Daw Aye Thein Nu was hit in both legs.   Shells came in through the roof of the house and exploded.  They were fired from the military convoy at about 6am this morning” the village administrator said.

U Tun Thar Sein who is the Member of Parliament for Mrauk Oo Township said that the person injured in Taung Oo village has been named as U Maung Phyu Yay (38).

“We still really don’t know why the military began shooting.  One person from Taung Oo was injured. About 12 people from Tein Nyo IDP camp were injured. They just shot into villages all along the main road.  This happened between 6am and 7am this morning.  We can still hear sporadic firing now”, U Tun Thar Sein said this morning, at around 7.20am.

During a phone call to Tein Nyo village at 7.40am this morning, the sound of gunfire could still be heard and villages were hiding in bomb shelters, he said.

The Tatmadaw could not be reached for comment concerning the incident.