Over 6,000 IDPs in Kyauktaw downtown 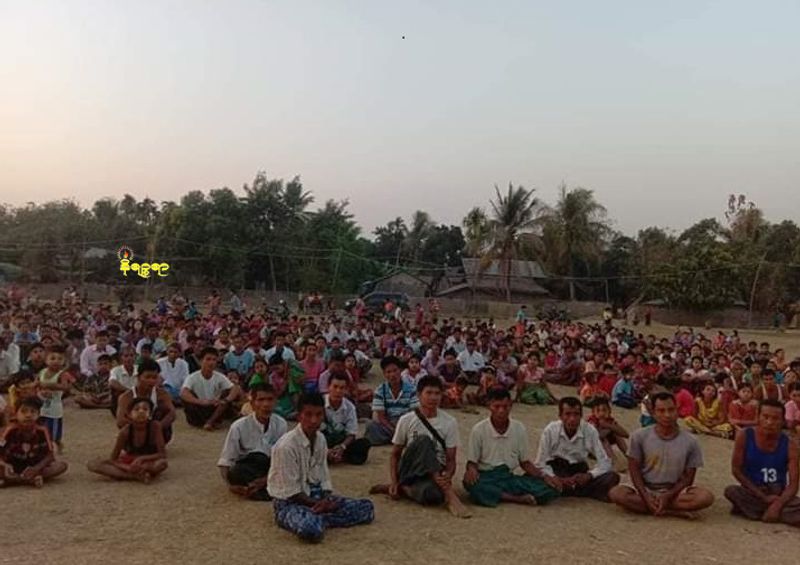 The number of IDPs in Kyauktaw downtown has increased to over 6,000 people currently seeking safety and shelter.

Daw Wa Wa, who is supporting the IDPs in Kyauktaw Town said, “The total number of IDPs now exceeds 6,000.  We don’t know how much it will continue to increase. The land here is now a warzone.  We have separated the people up, they’re staying in schools and monasteries. At the moment we are just trying to provide them with food and water – we haven’t had time to think about their other needs”, she said.

Local philanthropist and Kyauktaw resident U Maung Tun Kin said “currently, we have had to set aside 11 sites in Kyauktaw downtown to house the IDPs.  There are so many people that one place is simply not big enough.   In Kyauktaw downtown alone there are now over 6,000 people.  Some people have fled to the villages.  Some people have sought shelter with their relatives. I think there are now nearly 20,000 IDPs in Kyauktaw Township” he said.

These people have fled their homes to seek safety due to the fighting.  Direct shelling or bombing of their villages killing and wounding civilians, homes being destroyed by fire have forced people to flee.

“There are so many needs.  Everyday we need to cook 42 bags of rice, and that doesn’t even include the 1,991 people in Kyauktaw Upper School and 120 in the U Ottama School.  Kyauktaw residents are feeding over 2,000 people.  The most pressing issue is the food and water and we need clothing and clean water.  People are afraid of the Corona virus and need soap.  There’s more of a need to take care of peoples’ health - health staff have come to help between 12 noon and 2pm” he said.

Currently only 184 bags of rice has been rice have been provided for the IDPs.  The government has provided 500 kyat cash support per person since they first arrived.  The ICRC, WFP and UN have asked for population numbers and lists, but as yet they haven’t provided anything, U Maung Tun Kin said.