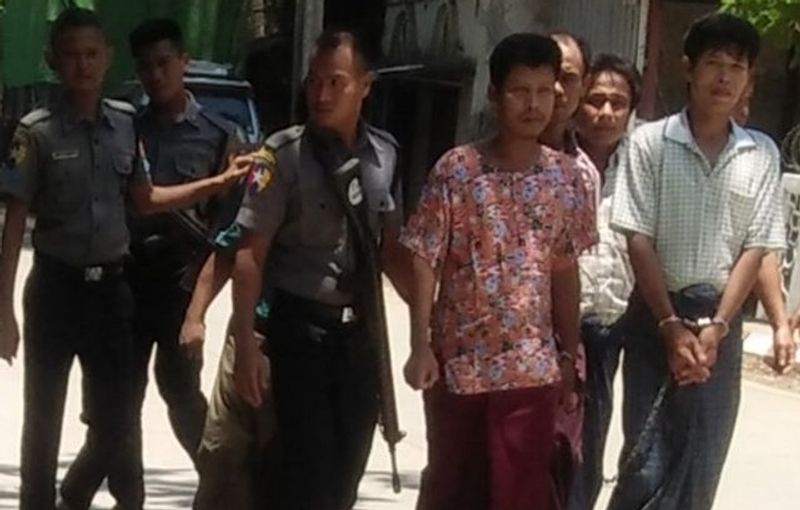 Five men including Hsar Pyin village ANP Chairman in Taungup Township of Rakhine were charged  on Monday under the Counter-Terrorism Law Section 52 (a), according to family members.

On April 5 the five men were arrested and investigated under the Unlawful Associations Act Section 17 at La Mu Police Station but were released on May 5 after the court found insufficient evidence to charge them. They were then almost immediately rearrested by police concerning a bombing incident near Ma Ei Town, and are now facing charges under the Counter Terrorism Law.

The Taungup Judge gave four days of pre-trial custody and today at the court hearing, the men were charged under Section 52 of the Counter Terrorism Law, according to Daw Than Than Hsint, sister to U Pyone Cho.

“They went to court today and were charged under section 52 (1). The case has been filed against the men by the officer in charge of Ma Yi Police Station”, she said.

She added that the next court hearing will take place on May 22.

U Tin Nyo, the lawyer representing the five men could not be contacted for interview.  However his post on social media networks explained that five people including the ANP chairman of Hsar Pyin village tract were charged today under Section 52 (a) of the Counter -Terrorism Law at Taungup Township Court. The law authorises a minimum of three years to a maximum of seven years in prison, the post said.