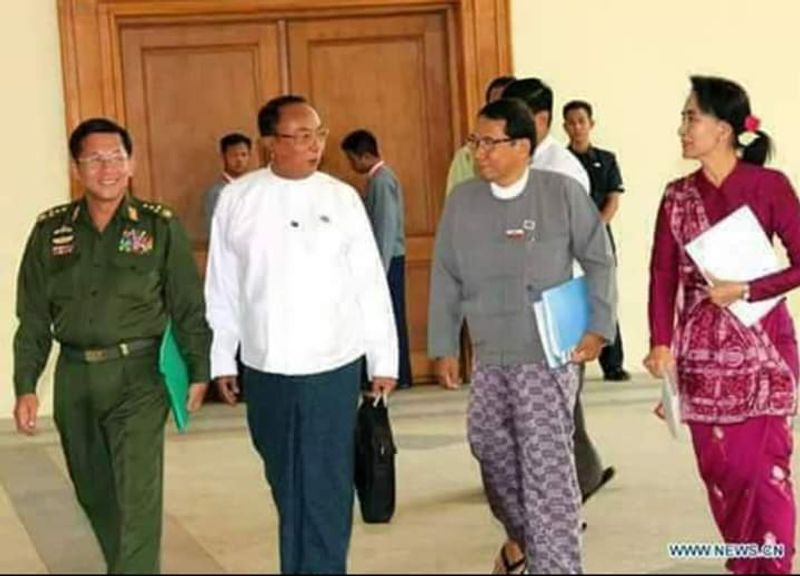 Prominent Rakhine leader Dr Aye Maung has been removed from his role as Pyithu Hluttaw representative for Ann Township, and has been barred from contesting future elections, according to the Union Election Commission statement issued on May 18.

Despite submitting appeals to different levels of courts Dr Aye Maung was convicted by Sittwe district court and sent to prison on March 19 2019. The Union Election Commission statement said they had analysed Dr Aye Maung’s conviction of high treason and defamation of the state.

Rathetaung Township Amyotha Hluttaw representative U Kin Maung Let commented on the statement.  “I believe that this announcement is detrimental to the dignity and reputation of a member of parliament.  Doing this to the leader who has the support of an ethnic group is just a way of oppressing all ethnic groups.  Even after being sent to prison, national and world leaders are still leaders.  This law needs to be changed” he said.

Amyotha representative U Way Sein Aung said “Parliamentarians held a meeting on this. He has been convicted and sent to prison, he has appealed, it’s done and dusted, so today they announced that he shouldn’t be a Hluttaw representative. He must be removed from parliament, that’s the law.  Someone who has been sent to prison cannot be a member of parliament. This has been decided and is in line with the law”.

Dr Aye Maung together with author Wai Han Aung were arrested for giving an allegedly inflammatory speech at a literary festival commemorating the fall of the Rakhine kingdom in Rathetaung.  The two were sentenced to 20 years in prison at Sittwe district court on March 19 2019.