Uncertainty looms over elections in Rakhine 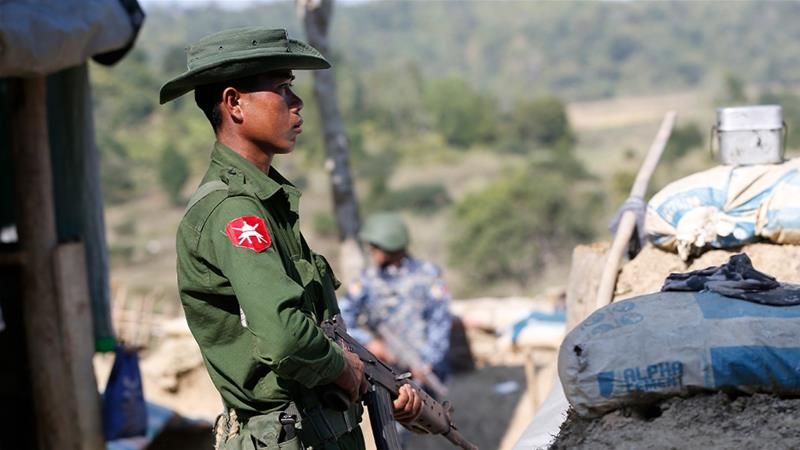 Increasingly fierce fighting taking place across Rakhine state is raising doubts over the 2020 election prospects, according to the Arakan League for Democracy General Secretary U Myo Kyaw.

“The Union Election Commission held a meeting in Yangon on June 27 where they did not definitively guarantee that elections would be held in the Rakhine state. Therefore, it is uncertain whether or not elections will be held in Rakhine,” he said.

“The Election Commission said they will do their best to ensure that the elections are conducted across the whole country. They had to ask the Ministry of Home Affairs and the Ministry of Defence about security issues, because ultimately only these two ministries are responsible for providing permission concerning the security situation in these areas.  They said they would hold the election but they asked about it because it isn’t certain” the ALD secretary U Myo Kyaw told Narinjara.

Colonel Min Than of the Ministry of Border and Security Affairs of the Rakhine state government on June 28 told Narinjara in an interview concerning the elections. “The state government is preparing for the elections.  At the state level election lists are being drawn up, we are doing whatever it takes to get it all ready” he said. “Security is just the one thing that we can’t do, only the army can do that” the Colonel said.

He said only the Tatmadaw and the Ministry of Home Affairs could say when it came to the security situation.

When asked whether the 200,000 IDPs in Rakhine would be given the right to vote, Colonel Min Than responded “I cant say for sure about that. It’s too early.  It’s in November”.

Some townships in the north and south of Rakhine state have been embroiled in increasingly fierce conflict since the end of November 2018.  Dead and wounded civilians, persons arrested and then disappeared, as well as mass resignations of village level administrators have led to regional instability as well as local administration mechanisms being undermined.

Rakhine people will lose out on their rights if elections cannot be held due to the fighting, the Arakanese National Party Chairman U Thar Tun Hla told Narinjara.

At present, the ANP is preparing applications for candidates and directing them to submit applications from the townships by July 25th.A

There has been widespread debate over whether the upcoming elections will be held in Rakhine. However the majority of Rakhine are simply not interested in the elections, according to analysts.