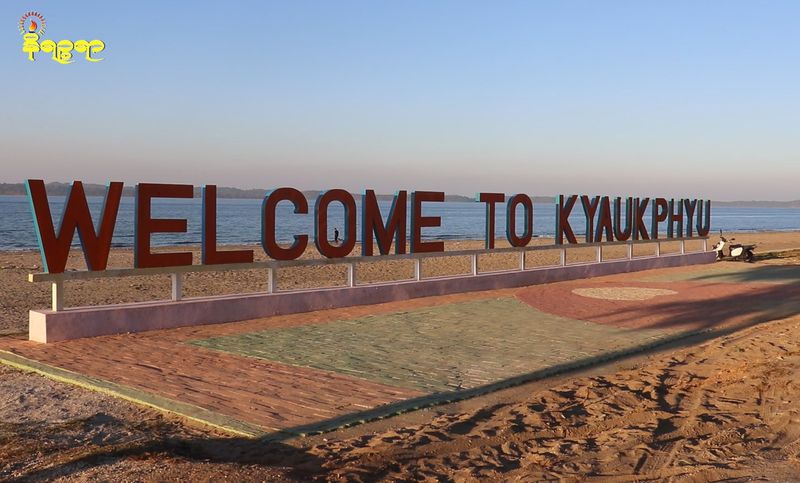 U Kyaw Aye Than, 47, chairman of a Bus Association in Kyaukphyu, was arrested by security forces on May 27 but has not yet been transferred to police custody. His wife, Daw Tin Thein Htwe, said she was particularly worried because to date there has been no chance to contact him.

"We are very worried," she said. “It has been more than 50 days since his arrest. We have had no contact with my him and I don’t know where he is. He hasn’t been transferred to the police. When we contacted the police, they just said it was not their business” she told Narinjara.

U Kyaw Aye Than was arrested on May 27 at the Kyauk Ta Lone bus station in Kyaukhpyu by a combined task force of military and police security personnel.

"After he was arrested, the army, the police and the ward administrator searched our house, we live in the government ward. They found nothing. Now we are trying to get in touch with him, but we don’t know where he is. We would like to ask anyone who can help with such miscarriages of justice, ” Daw Tin Thein Htwe said.

Kyaukphyu township government ward administrator U Soe Naing said that nothing had been informed to him yet.

“I have not been contacted by any of the relevant organizations regarding the arrest of Kyaw Aye Than. That is why we do not know anything about him” he said.

One of his colleagues said, “he was arrested by the military at a Kyauk Ta Lone bus station at the entrance to Kyaukphyu town on May 27 at around 1pm. The official family has not been officially informed of the reason for his arrest. Currently his family has lost contact with him. Kyaw Aye Than is the chairman of the Kyaukphyu Highway Car Association (Ma Htatha) and is currently active in protection measures against COVID-19 in Kyaukphyu, ”he said.

Kyaukphyu Township Pyithu Hluttaw member U Pho San said that Kyaw Aye Than is a member of the Arakan National Party in Kyaukphyu Township and a secretary of the government ward.  He said what had happened was completely illegal.

"According to the law, someone cannot be arrested and detained for more than 24 hours. Within 24 hours they must be handed over to the police where a case can be filed. It has been more than 50 days now. It is completely illegal for failing to hand over custody to the police and for not filing a case. Those who have to protect the law are breaking the law themselves. That is all I want to say, ”he said.