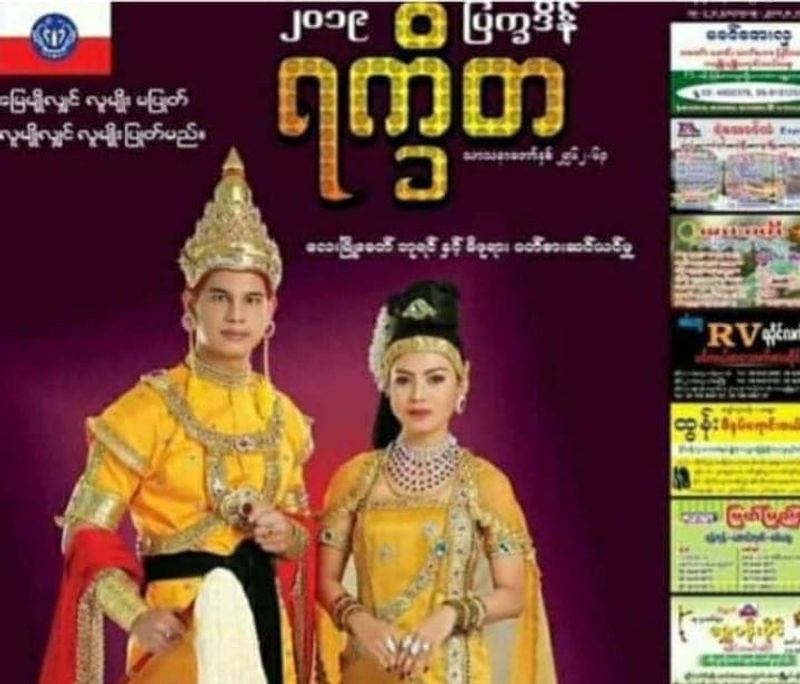 Three out of four youths charged under Section 17(1) of the Unlawful Associations Act for selling Rakhita calendars in Haigyikyun Township, Ayeyarwaddy Division, were released from Pathein Prison this morning.

Calendar publisher Thein Aung Myat has not yet been released and has been transferred to Myaung Mya Prison.

"I am just happy to be free, but I'm worried I'm going to face injustice for the rest of my life. In other words, our imprisonment was utterly unjust and was based on the judiciary and legal issues. I am just sorry about that” Kaung Myat Thu said.

He added that the three of them spent less than two years in Pathein Prison and had been released after more than a year and four months after remission days were deducted.

Ma Moe Thandar Khin, wife of Thein Aung Myat, publisher of the Rakhita calendar, said: “My husband was initially kept in Pathein Prison. On July 1, he was sent to Myaung Mya Prison. They were arrested on suspicion of having links with AA. This is because the calendar contains all the special days related to Rakhine State. Nothing special. They found pictures of U Ottama on their phones. It was proven that they had saved videos from Facebook on their phones and were sent to prison. I am just happy the three men have been freed. But it's sad for the children when they think of my husband” she said.

The four were arrested on Haigyi Island on April 6, 2018, while traveling to sell calendars, she said.

She added that the Rakkhita calendar has been published three times and is the most widely sold in Rakhine State and a popular calendar among Rakhine people across the country.