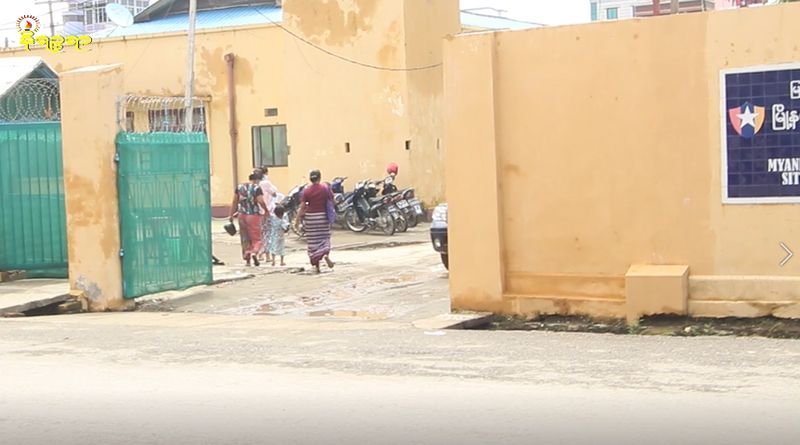 121 civil society groups issued a statement on Monday calling for justice and a prompt investigation into the rape of a woman in U Ga village in Rathedaung Township.

On June 29, Daw Oo Htay Win, 36, of U Ga village in Rathedaung Township, was allegedly gang-raped by three soldiers who were stationed in the village. The victim voiced the allegation on July 2 and filed a complaint on July 10 at the Sittwe City Police Station.

Daw Nyo Aye, chairwoman of the Rakhine Women's Network, said,  “In most cases, such cases can become complicated and easily distorted. That’s from my experience. To prevent this from happening, more than 100 organizations - not just women's organizations - from all over Rakhine State have come together and issued this statement.”

Daw Nyo Aye explained that the victim filed the case over two weeks ago. For unknown reasons it was taking an unnecessarily long time to build the case. She wants the case to be investigated and for justice to be achieved as soon as possible, she said.

"The victim is a woman, and despite being afraid she has come forward to reveal the truth. There are questions about what will happen to her. She wants to know how it will be dealt with. This is the first time the alarm has been sounded, and we are all focused and committed to this case, ”said Daw Nyo Aye.

Zaw Zaw Tun, secretary of the Rakhine Ethnic Congress, said the Rakhine community would not stand idly by concerning how the case was resolved.

"International law stipulates that people not involved in the fighting must be protected," he said. “Gang rape is a serious crime. We are effectively warning them not to do these things again. We, the civil society organizations, have joined together to show that we will not just stand by and watch on with indifference,” he said.

The statement said “the current armed conflict in Rakhine State has left innocent people afraid and homeless. They face a wide range of human rights abuses, such as displacement, killings, destruction of property and arson, arbitrary arrest and torture. They face psychological and physical pain, fear, and insecurity”.

“Women in particular are experiencing other forms of sexual violence, including rape, and insecurity as a result of the armed conflict”, the statement said.

The victim lodged a complaint at the Sittwe City Police Station No. 1 on July 10, 2020, with the participation of civil society organizations and legal aid organizations, including women's rights groups.

At present, the relevant police stations and officials are currently investigating, and the Vice-Chairman of the Tatmadaw Information Office, Major General Tun Tun Nyi, has stated that the Tatmadaw is also conducting an investigation and will fully cooperate with the relevant parties, according to a news story issued by The Irrawaddy on July 2, 2020.

They have called for an immediate investigation until justice is achieved, including calling on the Myanmar National Human Rights Commission to conduct an independent and impartial commission of inquiry.

As civil society organisations we strongly condemn rape and other forms of sexual violence against women in these armed conflicts and urge the concerned authorities to take action to prevent further sexual violence, including rape, the statement said.