Four injured in shelling of village in Kyauktaw, three transferred to Sittwe Hospital 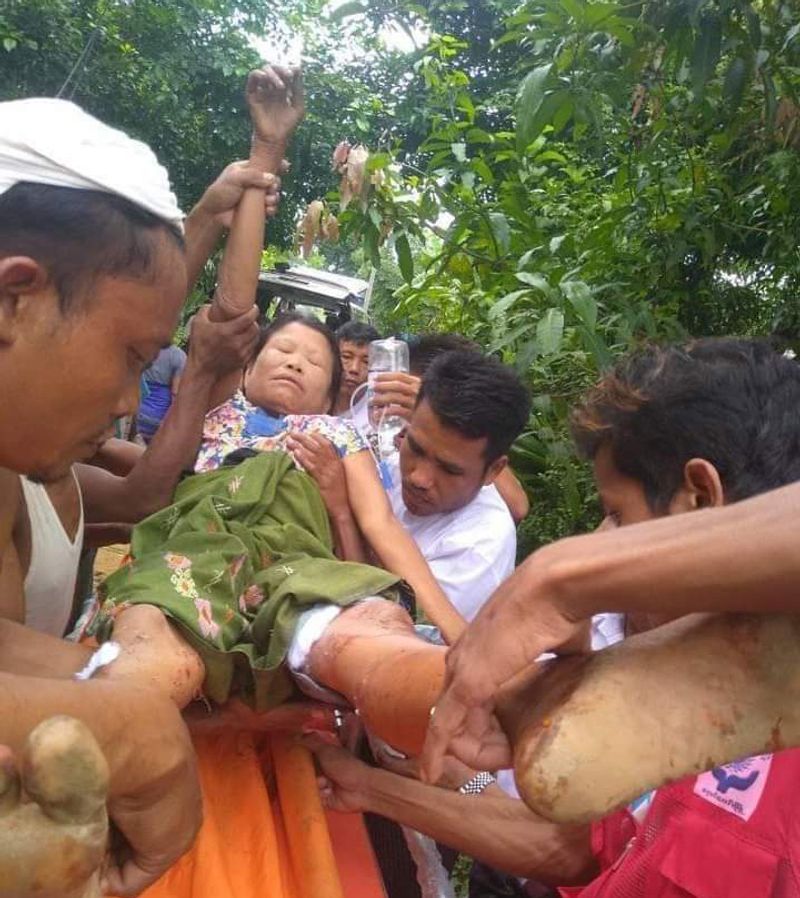 Four villagers were injured when an artillery shell exploded in Kyauktalone village,  Kyauktaw Township at around 9 am yesterday.  Three have been taken to Sittwe Hospital with serious injuries.

U Saw Than Maung, 50, was treated at Kyauktaw Township People's Hospital for injuries to his legs and hands.

U Bo Aung Thein from Shwe Garuna Social Welfare Association said, “They asked our group to help so we took them by car to Kyauktaw Hospital. At around 9 am, artillery shells fell between two houses. I can't tell you where it came from because I didn't see for myself. It would be good to ask the victims themselves. Four people were injured. Three of them were taken to Sittwe Hospital with serious injuries, ”he said.

U Tun Win, a Pyithu Hluttaw (People's Assembly) member from Kyauktaw Township, who accompanied the three injured to Sittwe hospital, told Narinjara that he was worried that small pieces of shrapnel remained inside U Kyaw Thein Oo. The doctor had said the other two women’s conditions are not life threatening.

“It happened at around 9 am, I understand that a mine blew up in the nursery garden area between Battalion 376 and Thein Tan village, close to Thayet Ta Pin village. The villagers said that a shell came from that side. The shell fell into the yard of a house and hit the husband and wife. Two others nearby were also hit by shrapnel. I went to the hospital myself. The doctor said one patient’s condition was a little serious,” he said.

Relatives or village elders from Kyauktalone could not be reached for comment.

Fighting in Rakhine State has killed more than 250 civilians and injured nearly 600, according to Rakhine civil society groups.