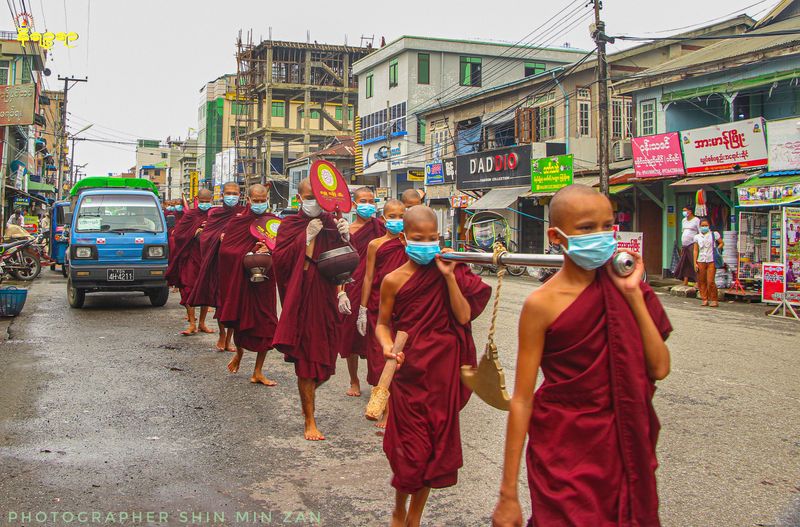 Another 16 people have tested positive for coronavirus in Sittwe, Rakhine State, according to a statement issued by the Ministry of Health and Sports today (August 22) at 8 am.

On August 16, one person tested positive; on August 19, three people; on August 20, five people, and on August 21, 20 people were confirmed to have the virus (19 from Sittwe and one from Mrauk-Oo).

In the week from August 16 to August 22 at 8 am, 45 people have been infected. The previous 16 patients have been discharged from hospital in good health, bringing the total number of cases in Rakhine State to 61.

Of the 16 patients from Rakhine who were discharged from the hospital in the past, one is from Taungup; one from Thandwe; one from Sittwe; one from Kyauktaw; ten from Maungdaw and two from Buthidaung.

There are 435 infected people in Myanmar: 302 in Yangon Region; 61 in Rakhine State; 17 in Chin State; nine in both Bago and Sagaing divisions; seven in Mon State; five in Kayin State; four in both Mandalay and Shan (South); three in Shan (North), three in Shan (East), three in Magway Division; and two in Nay Pyi Taw, Kachin, Tanintharyi And Ayeyarwady Division.

To date, 435 people have been infected in Myanmar, of which 337 have recovered.

Six people have died, five from Yangon and one from Bago Division.