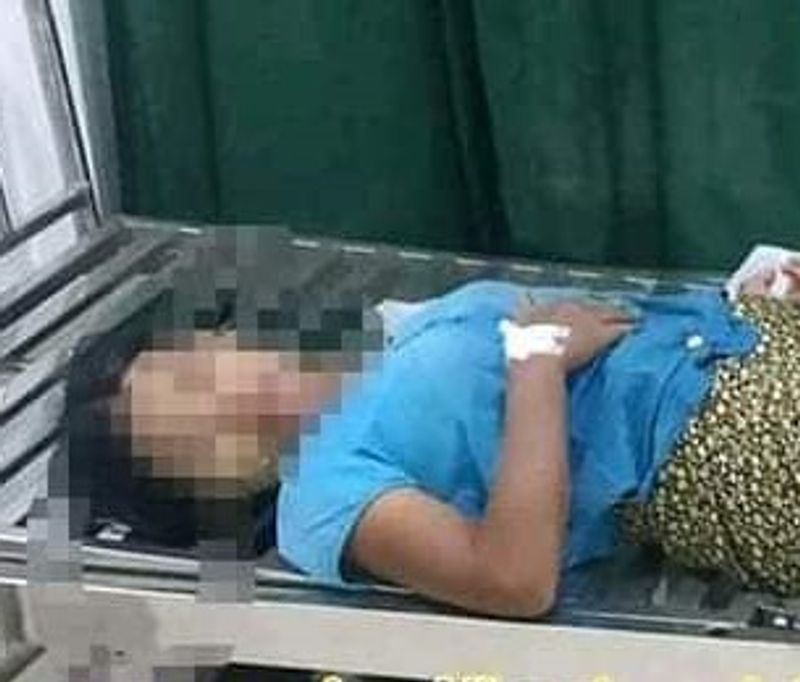 A woman and a man were killed in two separate incidents in Kyauktaw Township while three other women were seriously injured and have been rushed to hospital. Both incidents have occurred amidst a widespread outbreak of coronavirus in Rakhine State.

In the first incident, the body of 30-year-old Maung Naing Win, 30, was taken to Kyauktaw Township People's Hospital by police.  There were multiple gunshot wounds to his body.

Dr. Than Tun Oo, the Kyauktaw Township Hospital Superintendent, said that the body was brought to the hospital by the police on August 27 at 8.30 am, and confirmed that there were six gunshot wounds.

A statement from the Tatmadaw's Truth News information unit said that at around 1 am on August 27, security forces found two people signaling with light and had warned them to stop. The two men allegedly panicked, shots were fired and one man was hit while the other managed to escape.

General Zaw Min Tun, secretary of the Tatmadaw's Truth News told the media that a walkie-talkie and numerous AK bullets had been seized, and that the men were plotting to carry out terrorist activities.

Maung Naing Win's sister, Daw Than Wai, denied the allegations made by the military, saying her brother had no contact with any group and was working in a phone shop and caring for his elderly mother.

"My brother had left my home and was returning to my mother's house when he was arrested by the army on the street at 9 pm on August 27. He was killed that night," she said. “More than an hour after the shooting, I heard three or four more gunshots. The soldiers wrapped my brother in a tarpaulin and took him to the hospital in the early hours of the morning. We only found out about my brother's death the next morning. The body was found at the hospital,” Daw Than Wai said.

In a separate incident also in Kyauktaw Township, a shell exploded in Apaukwa village killing a woman farmer and injuring three other women.

The dead woman has been identified as Daw Buma (aka Ma Moe Moe ), aged 40 and from Chaung Phya Ward in Apaukwa village. The injured are Daw Aye Thein Kyaw, 32; Daw Ma Kyaw Sein, 30 and Daw Mae Kyi, 56, according to a village elder.

The shelling took place in Apaukwa village on August 27 at around 10:30 am. Hla Sein Maung, the brother of the deceased woman, told Narinjara that the soldiers had fired the shells.

“In the morning the soldiers fired three artillery shells while they were out planting paddy. It was dangerous so they laid down and hid in the field. After the shelling stopped, they returned to the village. There was no battle or fighting, but they still fired. As they ran back to the village, as soon as they reached the train station, an artillery shell fell on their group. It was the army that fired,” he said.

As of this morning, August 28, the Tatmadaw has made no statement on the incident.

People are particularly worried about the possibility of more fighting as a result of these deaths, in addition to fears over the spread of COVID-19. Nearly 300 civilians have been killed and more than 600 injured in clashes in Rakhine State to date.