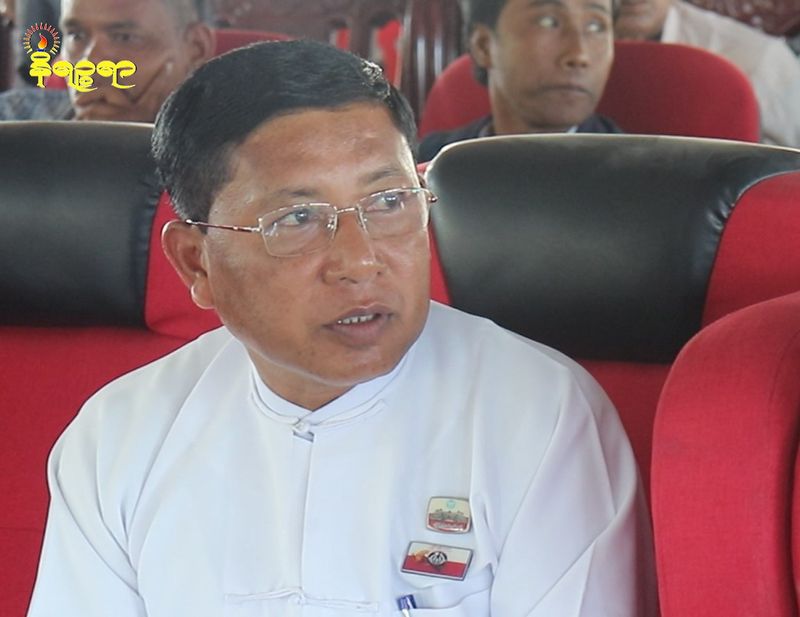 U Pho San, a candidate for the State Hluttaw for Kyaukphyu, Rakhine, was reportedly been removed from the Hluttaw candidate list since his son Aung Myint Soe, formerly a Major in the Tatmadaw, currently serves in the Arakan Army.

U Pho San is the current State Hluttaw representative from Kyaukphyu Township Constituency No. 2, and has now been barred from running in the 2020 election.

"On August 27, 2020, I received a letter from the Union Election Commission dismissing me as a parliamentary candidate. The letter said that the Ministry of Home Affairs had sent a letter to the district election commission stating that I was in violation of Section 10 (d) of the Electoral Law. That letter was sent to me,” U Pho San said.

He explained that Section 10 (d) includes a person who has strong evidence of contact with armed insurgent groups or their members opposing the State which is why he has been removed from the candidate list. He denied the allegation to the commission and said he has no connection with any armed group. He added that the decision was unfair.

“On August 22, 2020, I was called by the district commission secretary and informed that a letter sent from the Union Election Commission had been read to the district commission members. The letter said that in May 2018, Major Aung Myint Soe, U Pho San's son, had taken absence without permission while serving at the 73rd Armoured Division Headquarters. The matter was referred back to the Ministry of Home Affairs and an investigation revealed he had joined the AA. That’s why I have been accused of violating the article.”

Although he denied the allegations to the Kyaukphyu District Commission, he said he would not get the chance to appeal.

Kyaukphyu District Commission Deputy-Chairman U Tin Tun, confirmed it was true that he had been removed from the election candidate list. He said the cancellation was due to legal concerns.