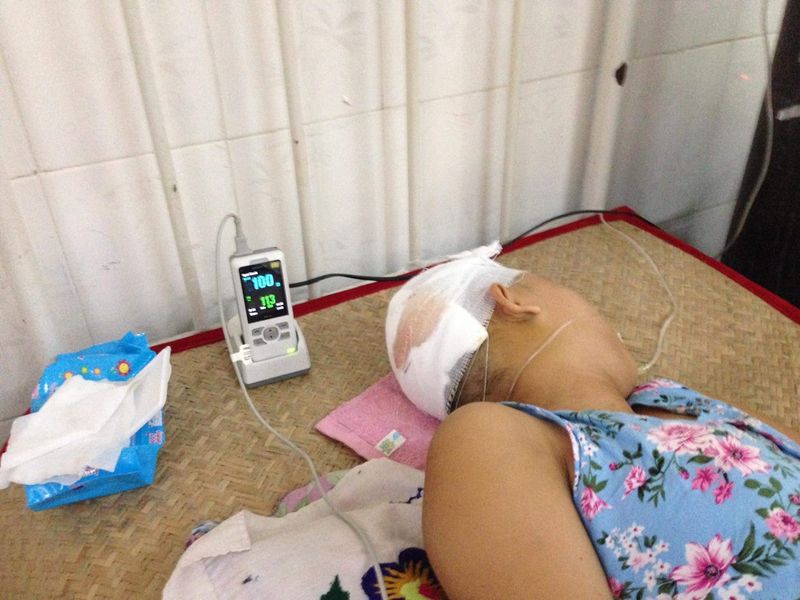 A young woman from Nyaung Kan village under Myebon township in Rakhine State remains unconscious for nearly ten days after she sustained injuries on her head.

Her father Maung Phyu Thee informed that she was initially hospitalized at Kantaunggyi station hospital and then shifted to Sittwe on 9 September.

“She (Hnin Yu Hlaing) has gone to coma and presently survives on the life support system. We are worried about her,” said Maung Phyu Thee.

It may be mentioned that at least five artillery shells exploded at Nyaung Kan village on 8 September killing four people and injuring ten other villagers. The deceased individuals included two children along with a female teacher.

Among those injured the final-year distance learning student Hnin Yu Hlaing received injuries on her head.

According to U Than Tun from Sittwe, who is helping the injured persons, she is now recovering with some positive signs.

Local villagers alleged that the artillery shells were fired by the security personnel from a military base camp at Dalat Chaung locality under Ann township, seven miles east of the village, without any provocation. Tatmadaw has however not yet released any statement over the matter till date.