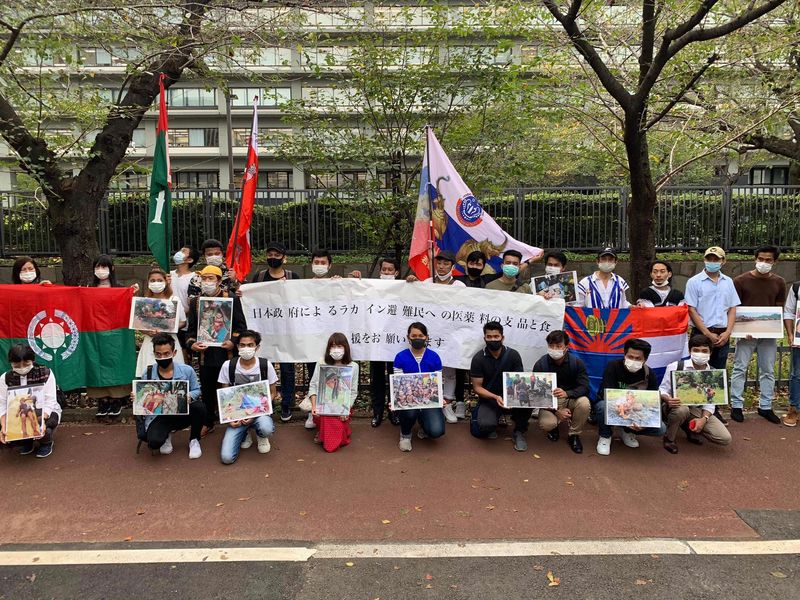 Ethnic Myanmar living in Japan staged a protest in front of the Japanese Foreign Ministry in Tokyo on September 17 to draw attention to what is happening in Rakhine state and increase aid and assistance from the Japanese government in Rakhine State.

The ceremony was not only attended by Rakhine but also by Kachin and Karen groups.

He also called on the international community to take action against the Myanmar government and military over the oppressing of minorities in Myanmar, including Rakhine.

“My group and I spent about an hour discussing the main conflict in Rakhine with the chairman and the Japanese Ministry of Foreign Affairs. He said he would help in any way available to the entire Rakhine community. The people of Rakhine are saddened by what is happening, ”he said.

About 50 people, including people from Kachin, Karen and Rakhine states participated in the event. They held posters and banners concerning the current situation in Rakhine State.