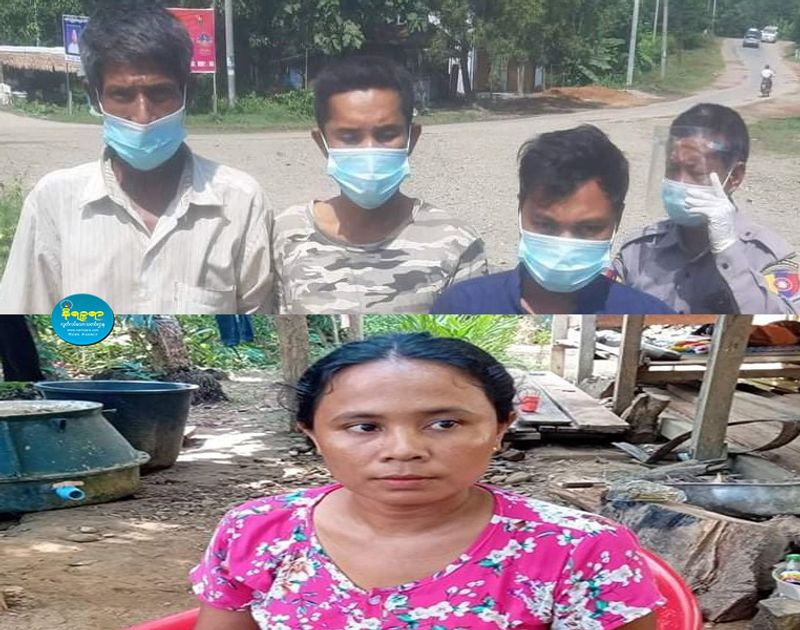 Daughter of U Maung Than Tin (56), one of five detainees by the security personnel, demands urgent medical treatments for her father claiming that he lost his mental balance.

Daw Yin Than stated that his father, a resident of Sane village under Ann township in Rakhine State, was not feeling well. A farmer by profession U Maung Than Tin was picked up by the Tatmadaw with suspicions that he had links with the Arakan Army (AA).

However, his daughter disagreed with the accusation claiming that he cannot be associated with AA. Speaking to Narinjara News, she asserted that U Maung Than Tin is innocent and should be released at the earliest.

Mentionable is that nine villagers were  arrested by the security forces on 10 and 11 October last. Four among them namely Zaw Latt, Nga Pyaw Gyi,  Maung Kae and Maung Than Shwe were released by the Tatmadaw.

However five other farmers namely U Nyi Pu,  Maung Than Myint, Min Soe Naing, Nyi Soe Lwin and U Maung Than Tin are still in the army custody, said a local social worker Myo Lwin  citing the detained family sources.

“My father was  arrested while he was herding cattle. He was covered with scarves and tied with ropes to bring him to the village monastery with 45,000 Kyat. He was beaten and then taken away. Other detainees were also assaulted in the car while taking them away,” she added.

“So I demand immediate medical intervention for my father,” she stated.

A police officer on duty at the concerned police station also admitted that U Maung Than Tin continued to shout  since his arrival.

"He has been shouting from the first day he arrived at Ann township police station. When I talked to an army officer he revealed that U Maung Than Tin behaved similarly in their custody too. He seems to have lost his balance,” added the police officer.

Tatmadaw  True News in a statement issued on 15 October said that Min Soe Naing (22), U Nyi Pu (45), U Than Tin (56) and Maung Than Myint (28) were arrested by the security forces with evidences that they collected food items for  AA and also maintained regular links with the outfit.

Among them, one detainee (Nyi Soe Lwin) is missing from the Tatmadaw list.

U Nyi Pu, Than Tin and Maung Than Myint were already produced in the Ann township court, but Min Soe Naing and Nyi Soe Lwin were not included in  the group.