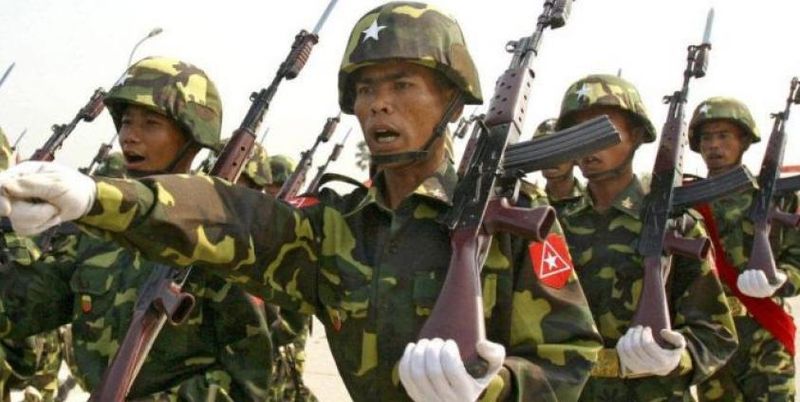 The Burmese Army have been negotiating with the leaders of Arakan National League (ULA) and  Arakan Army (AA)  through intermediaries, informed General Zaw Min Tun, chairman of Tatmadaw True News.

“There is no direct communications between the Tatmadaw  and ULA / AA leaders. But negotiations though organizations and individual channels are going on,” added the senior army officer in a press conference held at Naypyidaw military history museum on 27 November.

He expects a better deal and improvement of situation on the ground.

"Presently the situation is comfortable for both the Tatmadaw  and ULA/ AA leaders as conflicts are diminished since the first week. For almost three weeks the situation remains calm. We can expect a better time ahead,” said the army officer.

As the incidents of fighting between the government forces and armed groups have reduced drastically in Rakhine  State since 8 November many  IDPs have returned to their villages.

Earlier, AA leaders  issued a statement on 12 November calling on the government and  Tatmadaw to hold elections in nine deprived townshipsof  Rakhine State as general elections are over by 8 November. They also assured cooperation over the matter, which was welcomed by the Tatmadaw asserting that they too want elections in the remaining Rakhine townships.

Since then, the situation started improving as incidents of fighting totally stopped.

As the soldiers are away from engaging themselves into fighting it would impact in positive sense. The common people will be also benefited by the ambience concluded Gen. Zaw Min Tun.