Tatmadaw extends ceasefire for another month, Rakhine not included 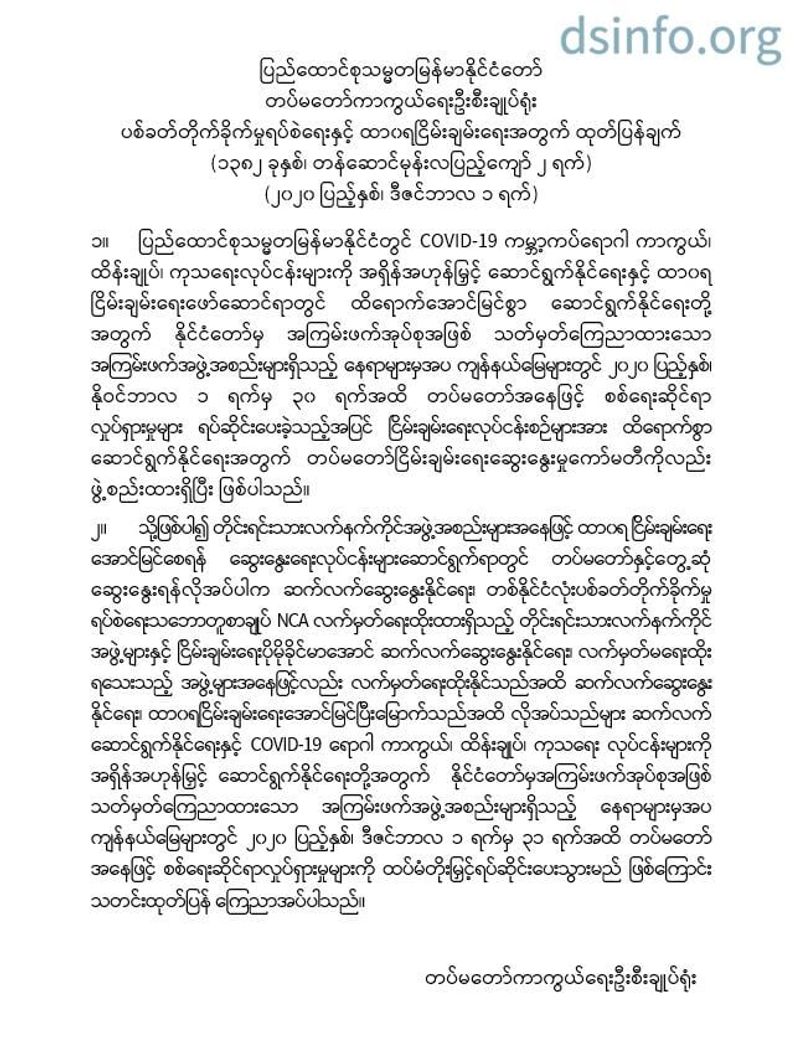 The Tatmadaw announced the extension of ceasefire till 31 December across Myanmar except Rakhine State, where incidents of heavy fighting still continue.

In a statement issued today the government forces announced that the ceasefire will be applicable for the whole month.

However, the ceasefire will not cover the areas where terrorist organizations remain active.

As Arakan Army is still recognized as a terrorist outfit, the ceasefire will not cover Rakhine State. The newly elected NLD government is expected to take a decision in this regard, revealed a confident source.

The military announcement, made by the office of commander-in-chief, has however  disappointed the Rakhine people as they are expecting the ceasefire applicable in their State too.