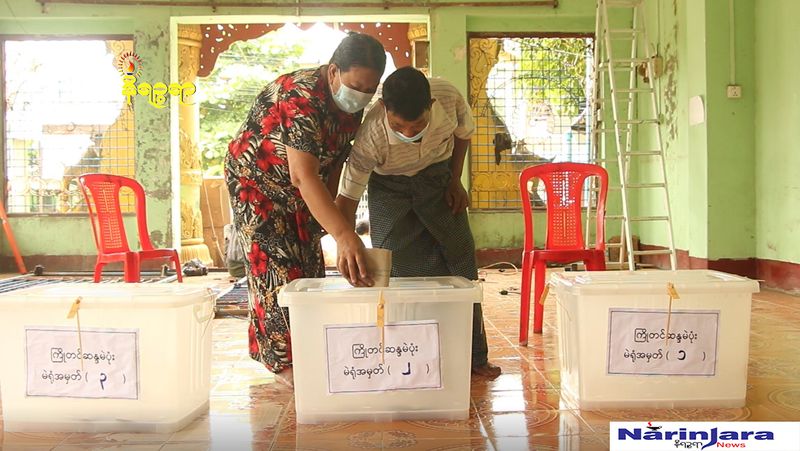 Even though the Tatmadaw  and Arakan Army (AA) leadership successfully negotiate and agree for a ceasefire, the polling in remaining constituencies of Rakhine State will not be legal and possible, said Dr Myo Nyunt, a spokesman of ruling National League for Democracy (NLD).

In an interview with Narinjara News where the issue of pending polls in a number constituencies was raised, the NLD spokesman commented that even the Tatmadaw recently urged to hold elections in various townships, where polls were not conducted on 8 November national elections, it will be logical.

Even after both sides agree to hold elections in Rakhine State and also stop fighting, the polling would not be legal in 2021, he asserted.

The office of commander-in-chief of the Myanmar armed forces on 7 January, urged in a statement that the concerned authorities should prepare to hold elections in the remaining constituencies of Rakhine and Shan States as early as possible.

The statement insisted that the electorates should get the democratic rights to elect their legislators to represent their regions.

“If polls are to be conducted, it will be by-elections only. Moreover, by-elections are not legal in the first and last years of a parliament. So it may be organized in 2022 only. If we want to do it early, we have to convene the Hluttaw to amend electoral laws,” he pointed out.

In the last general elections, no polling was organized in the Rakhine townships of Maungdaw, Buthidaung Rathe Taung, Ponna Kyunt, Kyauk Taw, Mrauk-U, Pauktaw, Minbya and Myebon due to security concerns.

Later the AA leadership issued a statement on 12 November demanding polling in all townships under Rakhine State,  which was  welcomed by the Burmese military forces. Since then, the fighting stopped in Rakhine and the situation turned into normalcy.