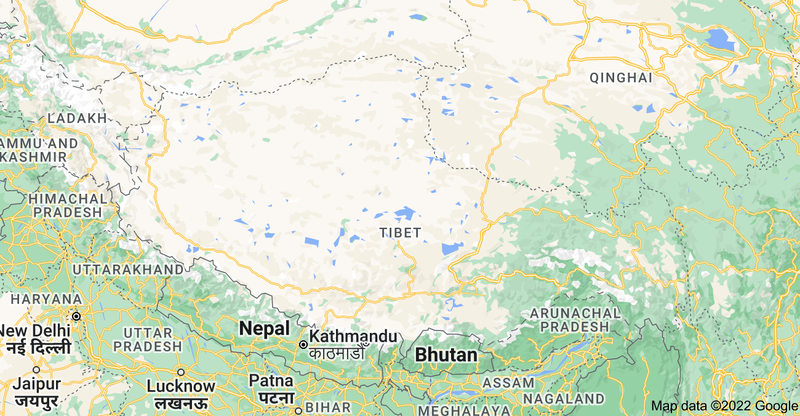 A webinar, titled “71 Years of China’s Colonial Rule in Tibet” was held on 8th March, to mark the 63rd anniversary of Tibetan people’s uprising against China in 1959. The webinar was jointly organized by the Centre for Himalayan Asia Studies and Engagement (CHASE) and Tibetan Youth Congress (TYC). The main panelists included two internationally acclaimed scholars on China and a prominent Tibetan member of exile Parliament. It was moderated by Vijay Kranti, a senior journalist, Tibetologist and Chairman of CHASE. The main focus of the webinar was to highlight the colonial occupation of Tibet by China and the sad status of human rights inside Tibet.

First panelist Mr. Pierre-Antoine Donnet, was a veteran French journalist and expert on China who has authored two books on China and Tibet. His first book was on Tibet titled “Tibet Dead or Alive” (1990) and the latest book is “China the Great Predator” (2021). He has been posted in Beijing from 1984 to 1989 as a correspondent in the news bureau of Agence France-Presse (AFP). He studied Chinese language in Paris, Taiwan and Hong Kong, back in the 1980’s. He also served as AFP’s global chief news editor.

The main thrust of Donne was that the western countries, especially the Unites States are now becoming more aware of the dangers from China and in near future their stand towards China is expected to be stronger. Tracing the evolution of democracy in Taiwan from the early days of dictatorial rule of Chiang Kaishek, Donnet said that it has gradually evolved to a strong democracy. “Taiwan’s present President Ms. Tsi Ingwen has won international appreciation and support due to her strong faith in democracy and resolute stand against China,” he said. “In current international situation I believe that if China’s PLA ever decides to invade Taiwan then many countries including America, Japan, Australia and India are going to join hands in support of Taiwan,” he added.

Sharing his experience of his first visit to Tibet as an AFP correspondent in Beijing in 1985 he said that the Chinese authorities had warned him in advance that he was being taken to Tibet only on the condition that he would not write about what he sees inside Tibet. “But I was so moved by the stories of suffering by those Tibetan monks who had served in Chinese prison that I wrote all that in my news report on my return to Beijing. Following this the Chinese government banned my future visits to Tibet,” said Donnet.

Dr Chin Jin is a well-known personality among the democracy supporting community of Chinese Diaspora. Currently he lives in Sydney in Australia and is the Chairman of the “Federation of a Democratic China” which is a joint platform of some Chinese groups striving for democracy in China. Earlier he was the Secretary General of The Joint Working Committee for the Chinese Democratic Movement, which includes three traditional democratic organizations: the Chinese Alliance for Democracy (founded in 1983), the Federation For A Democratic China (founded in 1989) and the Alliance For A Democratic China (founded in 1993). He has written widely on Human Rights inside China and the political structure of China. His book ‘MY QUEST FOR DEMOCRACY IN CHINA’ was published in Taiwan in late 2012.

In his presentation Dr. Chin Jin said that he was shocked to see the indifference of western media about its reporting on China and Tibet. He pointed out that the recent self-immolation by a Tibetan musician was the 158 know case in recent years but the western media and governments have adopted an indifferent attitude towards China’s acts in Tibet. Claiming that the desire for democracy inside China today is quite strong but the Chinese democratic movement inside and outside China lacks a charismatic leader like Dalai Lama. He regretted that western leaders’ attitude like the US President Joe Biden’s indifference towards Ukraine is going to make China more adamant and powerful. During the question-answer session he asserted that “Now the only chance for the Chinese people to be relieved of the Chinese Communist Party is that this Party meets its end. It is only when CCP is demolished and loses power in China that countries like Tibet and Xinjiang etc can hope of freedom and independence,” he said.

The Tibetan side was represented by Ms. Youdon Aukatsang who is an elected 4th term Member of Tibetan Parliament in exile and a popular woman leader. Over past more than 15 years she has been associated with ‘Empowering the Vison Project’ as its Director and also the Secretary of the Trust. Her earlier associations included the Tibetan Women’s Association, Tibetan Centre for Human Rights and Democracy and Kredha.

Speaking about conditions inside Tibet she said that in seven decades of Chinese rule over Tibet no Tibetan was ever appointed as the Party Secretary of CCP in Tibet. “Absence of Tibetans in the decision making system of today’s Tibet only proves that Tibet is treated as a colony by the Chinese masters of Tibet,” she said. “Indiscriminate exploitation of Tibet’s mineral resources and water resources by China is not only hurting the ecology of Tibet but also of countries around Tibet,” she added.

Speaking about the Chinese government’s policy about reincarnations tradition of Tibet she said, “No one in the world, especially the Tibetan people, are going to accept China’s imposition of the next Dalai Lama. Even if they decide to appoint one, their candidate will face the same fate as met by their Panchen Lama whom Tibetan people have refused to accept despite all efforts of Chinese government.”

Vijay Kranti, Chairman of CHASE and moderator of the webinar pointed out to Beijing government’s assertion and bullying of the world to accept that Tibet has been always a part of China in history and that any comment on Tibet would be treated as interference in China’s internal affairs. Referring to historic facts he said, “Before the establishment of China as the ‘Republic of China’ in 1912, China remained a vassal of foreign Mongol and Manchu rulers for 784 years and the last time when it existed as a country was 268 years ago in 1644. China today claims that Tibet is part of China because the Mongols had ruled over Tibet and China. This claim is as absurd as India today claiming that Australia is a part of India or New Zealand claiming that India is its parts simply because all there countries were colonies of the British.” Commenting on world governments’ tendency to accept Chinese claims over Tibet and Xinjiang, Kranti said that, “No international law permits any country to certify the occupation by any other country over a third country. So, if any government tends to accept Tibet as a ‘part of China’ or as an ‘internal’ matter of China then that government is behaving like an accomplice in China’s crime of colonialism.”