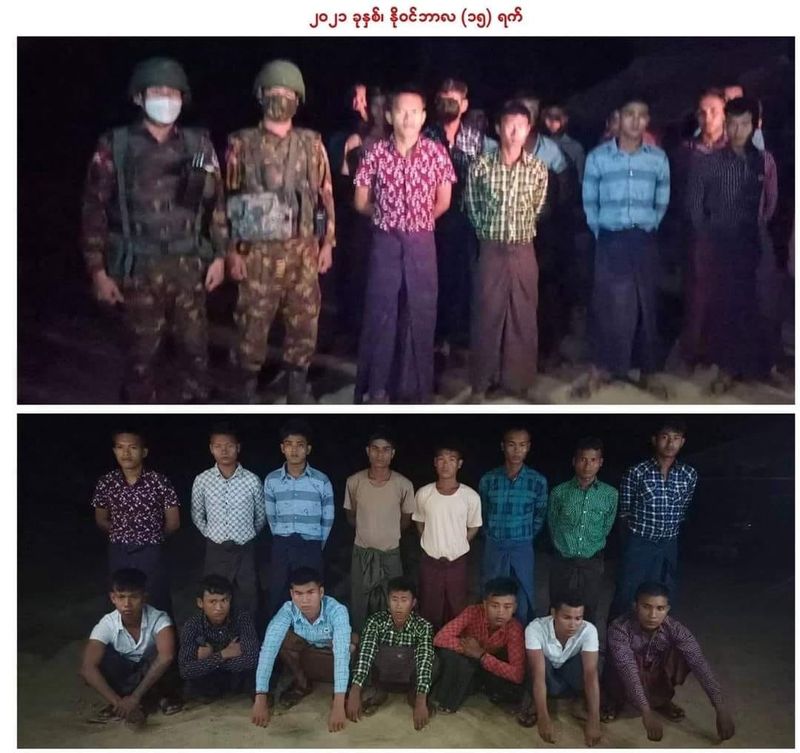 On the occasion of Arakan Army’s 13th anniversary, three prisoners of war were handed over by the organization to the Burmese army officials.

They were handed over in front of village-elders at Sin Ingyi village under Ponnagyun township on 10 April  at around 2:30 pm, said a villager while talking to Narinjara News.

“Those prisoners of war  were kept in the village-school. A military vehicle arrived at a distant place and a group of six army personnel came down on foot. After the leaders of both sides talked, the captives were transferred to army officials by AA commanders,” the villager added.

About 30 AA members were present at the time of handling over the soldiers.

Narinjara News is still investigating the matter when they were arrested and which battalion they belonged to.
The AA had released about 40 prisoners of war in 2021.

(Photo: The photo was released by AA on November 15,  2021 after 15 prisoners of war were handed over to Burma army)