China-Myanmar Economic Corridor: Propping up Myanmar by tying them down with debts 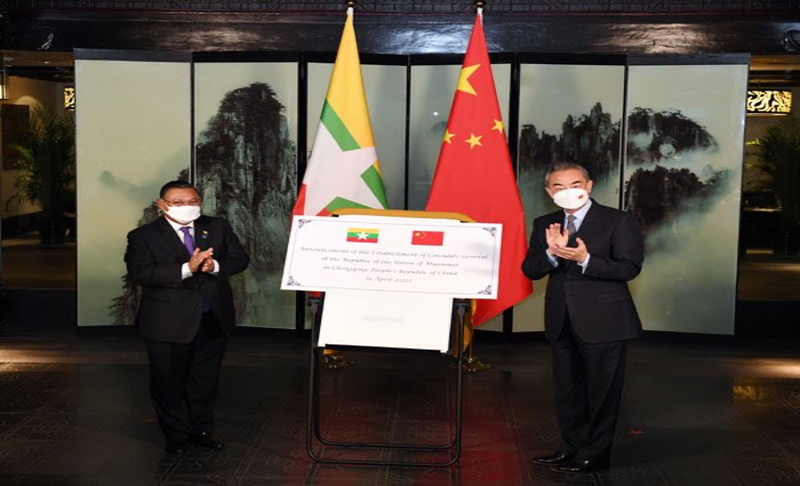 During Chinese President Xi Jinping’s 2020 visit to Myanmar, the Tatmadaw and China signed 33 memorandums to advance the China-Myanmar Economic Corridor, another CCP scam to control the resources of others by tying them down with debts.

China is working with junta administrative council to implement the project, and expand cross-border electrification, connectivity and industrial zones.

The third meeting of the CMEC Transportation Cooperation Working Group, was held on April 7th, 2022 for implementation of the Corridor plans and preparations.

This meeting continued with members of the Joint Committee discussing the implementation of the project by work committees about their plans and coordination processes. The meeting was also attended by Deputy Governor of the Central Bank of Myanmar, economic ministers from Yangon, Magway, Mandalay and Ayeyawaddy regions as well as from Rakhine and Shan states.

China provides a grant of 650 million RMB to the junta as part of an agreement on economic and technical cooperation. China also opened a new Junta Consulate in Chongqing when there is almost no demand for consular affairs given the ongoing pandemic.

China supports junta as coordinator for the China-ASEAN partnership and in return hopes that junta will help on South China Sea.A new Junta Consulate in Chongqing when there is almost no demand for consular affairs given ongoing pandemic.

CPEC is already bordering India to the west, CMEC could similarly isolate India from the east. China funded Kyaukphyu project which is a part of CMEC would give direct access to the Indian Ocean. China already has a lease of 50 years for the port and can chose to extend it by another 25 years. There is a fear that China might use the port for military purposes.

On a Google search the port name is already displaying in Chinese language.

There are speculations by experts and analysts that Myanmar may not be able to repay China for all the projects. Myanmar is well on the way to join Cambodia and Sri Lanka as a vassal state of China.

China is hallmark of dictatorship, for the pro-democracy activists, it is feared that the China’s money will be used in the junta’s annihilation campaign against civilian resistance forces.