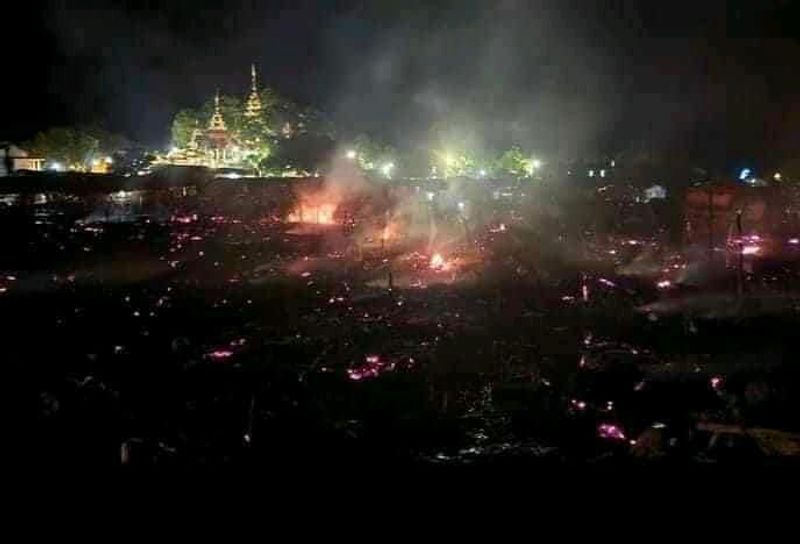 A massive fire broke out at an IDP camp in Kyauktaw township of Rakhine State on 9 May which left more than 260 houses damaged and over 1,000 people homeless.

The burning of refugee camp took place between 1 and 3 am in Mahamuni near Mahamuni temple rendering 1,073 people (including  571 women) homeless. Out of 432 houses in the camp, 262 were fully damaged.

It is currently raining in the locality and the victims are surviving in all difficulties.

Maung Thein Shwe, a refugee affected by the fire, said, “Now we have to live in dormitories. Many refugees have left to take shelter in stations and schools. It becomes very difficult to survive.”

It is understood that  the fire broke out from a candle, but initially many thought it was a small blaze, which was later extinguished by the Kyauktaw township fire brigade for three hours.

The on duty fire officials informed that there was no casualty.

Some private donors have supplied necessary food items, including the rice and kitchen goods for the refugee families.