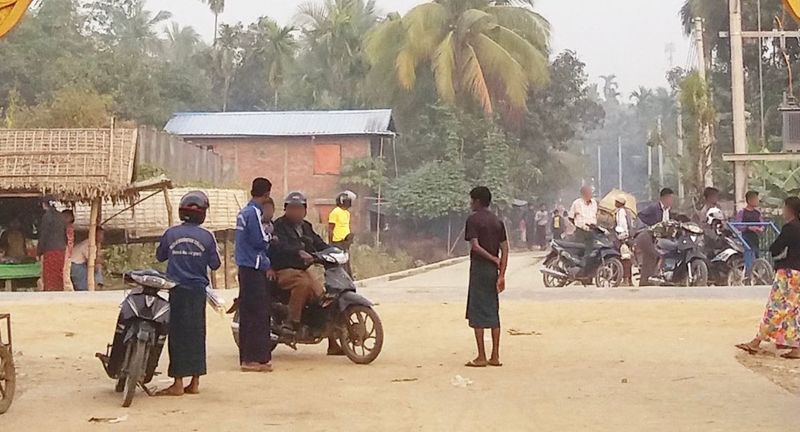 A cowherd was seriously injured on Friday when he stepped on a landmine, planted by the junta forces nearby LIB 375 battalion based in Kyauktaw locality of  Rakhine State.

The injured individual is identified as U Than Sein Maung (45 years old) hailing from Wet Hmaing village under Kyauktaw township.

He was hit by the landmine planted near the railway line at the bottom of hills as he was looking for  cattle on the mountain. Locals inform that the incident took place at  99 range of Wet Hmaing village at around 1 pm.

"He is now in the Kyauktaw  hospital. Still unconscious and hence he has not talked,” added the locals.

His right leg was amputated below the knee and even the left leg was seriously injured. He also suffered injuries to his right hand and forearm too, added a rescuer.

“Soon after the incident, soldiers on the mountain came down and examined him and later taken to the hospital. We had a hard time while getting inside the Sittwe hospital in the evening hours,” he revealed.

Another landmine also exploded on the hills of Apaukwa village under the same township on 30 June,  but none was injured in the incident.

Within the two months, at least seven landmines exploded in six Rakhine townships and Paletwa township of Chin State killing four people and injuring five others.

The affected Rakhine townships, where the explosions took place between 14 and 22 June, include Ann, Minbya, Rathedaung, Maebon, Kyauk Taw and Mrauk-U.