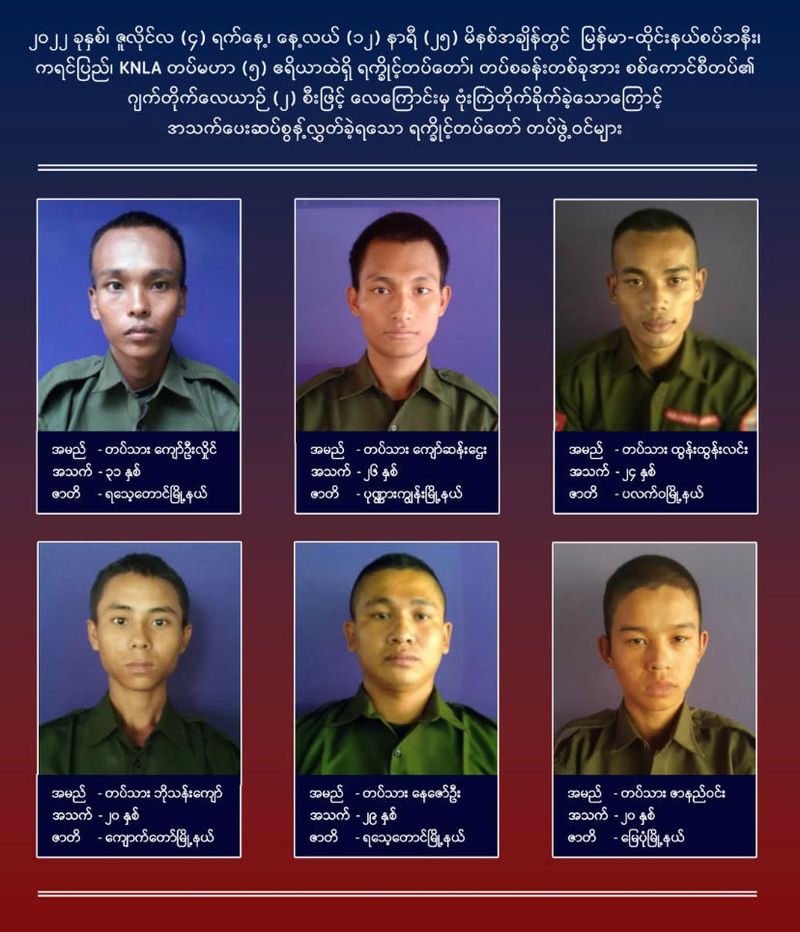 At least six armed members of Arakan Army (AA) were killed and several others wounded in an airstrike on an AA base in 5th brigade area of KNU in Karen State near the Thailand-Burma international border.

"It can be concluded that the military attack was intentional, because it is far away from the current fighting area. It means the military council intended to carry out the bombing,” he added.

The AA also issued a statement regarding it soon after the airstrikes. It admitted that some AA members were killed and several others were wounded in the attack.

Because of the airstrikes, some buildings including a hospital and a garment factory inside the camp were also destroyed, stated the AA statement.

According to the statement, two fighter jets belonging to the military council entered into Thailand airspace after the sudden bombing of an AA base near the internatonal border from the Burmese (Karen) side.

Khaing Thukha asserted that the AA is still investigating the cause of the attack. He denied any more details over the incident.

Mentionable is that the AA is one of the primary armed groups fighting against the military council in Rakhine State in the western border of Myanmar (Burma). It has more than 30,000 trained members.

Some members  were stationed in the allied territories near the China-Burma border (including Kachin, Kokang areas) as well as KNU areas on Thailand-Burma border.

From 2018 to 2020, the AA members engaged in heavy gunbattles with the Burmese army personnel in Rakhine State. Soon after the November 2020 national elections, a informal ceasefire was agreed between the Burmese Army and AA.