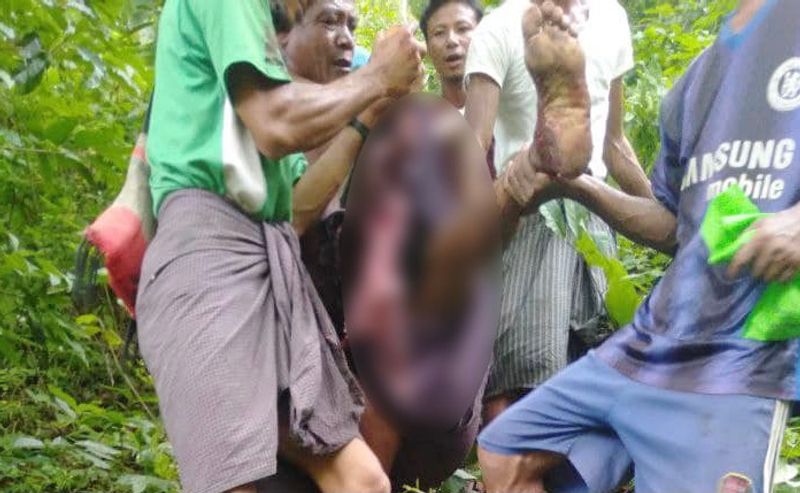 A civilian from Myit Na village under Min Bya township of Rakhine State lost his right leg as the 60 years old person stepped on a landmine that exploded suddenly.

U Shwe Sein Aung faced the accident as he was collecting firewood in the jungles of mountain at 8 am of 5 August.

According to  Ko Ann Thar Gyi, who is helping the villager, informed  Narinjara News  that  U Shwe Sein Aung’s right leg was broken below the knee. He was taken to Min Bya hospital in a critical condition.

The locals claim that a company of military personnel is  stationed in the east of Myit Na village and the entire area (hill no 144) is full of landmines, planted by the LIB  380/379/541 battalion.

Arakan Army (AA) spokesperson U Khaing Thukha in an interview on 18 July urged the  people not to travel to the military controlled areas. Moreover, he also asked them to avoid those places, the battles had taken place, as there may be a number of landmines.