Over a dozen people, including journalists, arrested in Rakhine 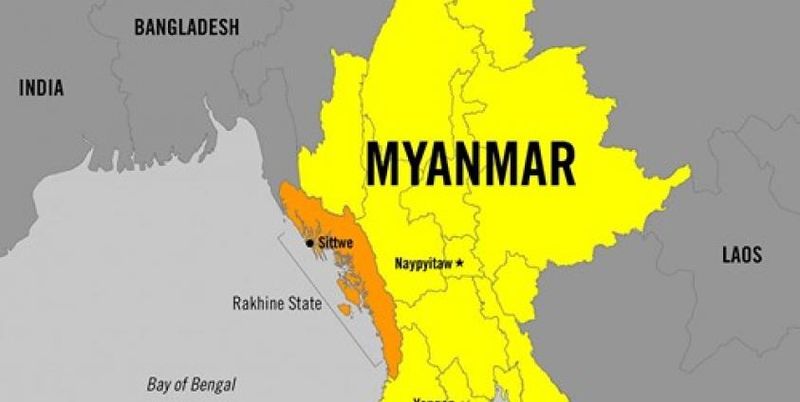 The military junta forces have arrested over a dozen people, including a former journalist, from several townships of Rakhine State.

Among the arrestees, two individuals are from Mrauk U, two from Min Bya, five from Taungup and six from Kyauk Phyu township.

A journalist named Ko Pho Thiha (aka Ko Myat Thu Tun), who used to work in various media outlets including DVB was also arrested on 20 September.

A group of 20 junta soldiers and police personnel arrived at his residence in Mrauk U locality and he was taken away by two military vehicles towards 377 number battalion, said a family member.

A week back, a young man named Ko Run Sot (a) Kyaw Zan Wai (a) Pho Hla Pyi, who used to upload funny comedy posts in social media, was also arrested by the junta forces from his residence.

Soon after the attack of Arakan Army members on a navy vessel in Taungup township on 16 September, the junta authority had arrested at least five local residents.

Later on 18 September, U Tun Chit (58) was abducted by the soldiers from his residence, his wife Daw Ma Khin Win alleged . The family has no idea why he was arrested and where he was taken.

On the same day, the army personnel arrested Ko Ko Oo, a journalist of Shuu Dounk journal along with a local resident named Ko Soe Win Che from Guta ward in Taungkot. Till date, their families are clueless about them.

Kai Chay Social Assistance Association chairperson U Myint Hlaing (53) and vice-chairman U Zaw Min Tun (46) were summoned by the military council on 19 September for questioning. They were also arrested and yet to be released, said the village administrator.

Similarly, U Nyi Nyi (46) and U Maung Maung (30) from Min Bya township were abducted by the soldiers from their residences in the early morning and late night of 20 September.

Major Tin Aung Kyaw of Kyauk Phyu based 34 number battalion has prosecuted them under Section 505 (a) of the State Sedition Law.

The social media users of Rakhine State are being targeted by the military council and many of them were arrested suspecting their links with the AA. Now the common people are living with fear of detention and arrest by the military personnel and they remain worried about their livelihood.