3 members of a family killed instantly in junta force's shelling 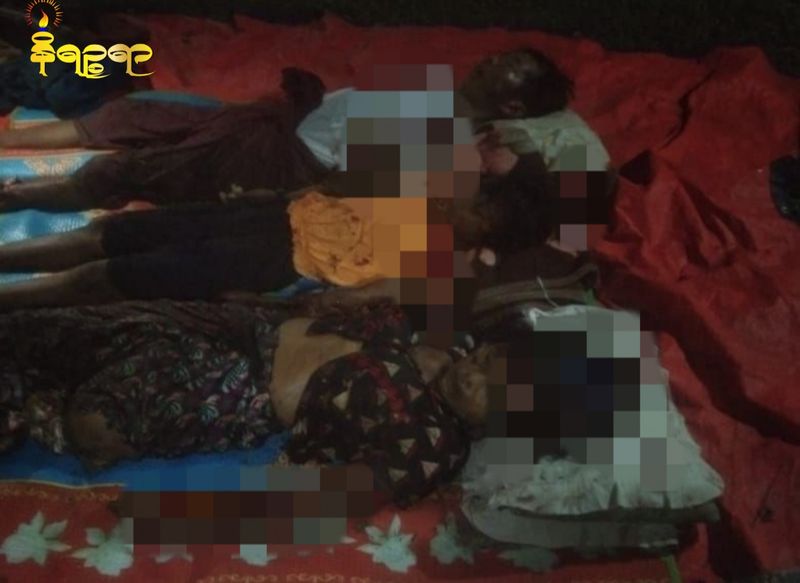 Three members of a Rakhine family along with their four cows were killed and three houses also got damaged by the shelling of Junta forces last night.
The victims have been identified as U Soe Win (45 years old), his wife Daw Than Than Wai (b) Daw Puke (44) and their school going daughter Ma Phyo Phyo Wai (13), hailing from Pisi village under Kyauk Taw township located at upper Kaladan river.

A person close to the family informed that the sakakha (9) military headquarters fired the shells with 10 heavy weapons and their indiscriminate shelling hit the northern part of Pisi village.
"Everyone was sleeping at the time. The shells fell near their house. The pieces of shells hit them and three members died on the spot. Some cattle were also killed and injured. Their son is working in Malaysia. As the firing started two other next door families succesfully ran to enter in bomb shelters. But the three-member family was not lucky,” he added.
The father and daughter sustained injuries on their left chests and the mother faced serious injury on her hand.
On 29 October, heavy weapons were engaged for firing by the 539th army battalion based in Kan Souk of Kyauk Taw locality. The fired shells hit Sin Ma Kyaw village and it destroyed two houses and also injured a minor student.