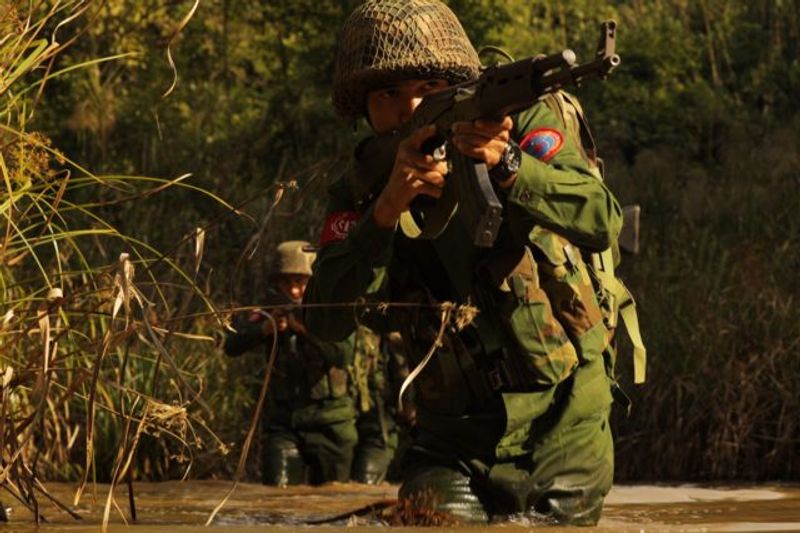 Arakan Army (AA) ambushed a Military Council squad near the Taungup-Thandwe highway in Rakhine State on November 1and regime forces suffered casualties during the shootout that lasted for a few minutes.
A reliable source said that AA launched an ambush attack on a 20-strong Military Council squad which was stationed near Thetkepyin Village, at around 8:30 AM on November 1, and the exchange of fire between the two sides lasted for about 10 minutes.