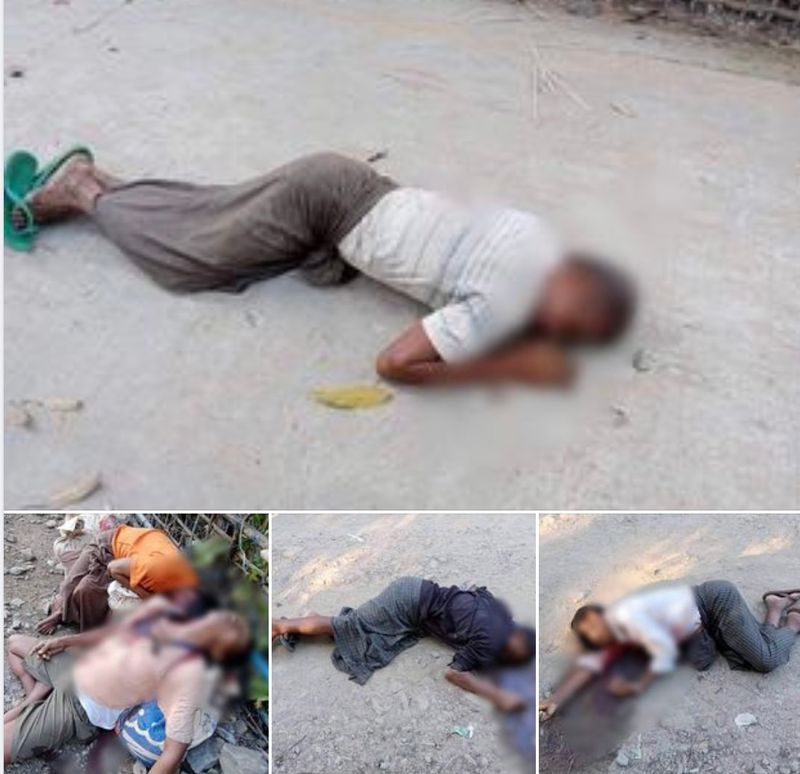 The bodies found in the village were U Maung San Hla, U Khin Maung, Ma Khin Hlaing Myint, U Tun Tha Kyaw, U Aye Tun Sein, U Maung Maung Thein, U Kyaw Zan, U Maung Kyaw Thein, all were Sin Inn Gyi villagers and a visiting healer from a rural area, locals said.

A witness said he saw gunshot wounds and stab wounds on the body of the corpses. He said the death toll could be higher and more bodies are being sought.

In addition, at least 4 houses in the village, including U Oo Shwe Thein’s, were also burnt down.

A Military Council column entered the village and killed civilians in the evening on November 10 after Arakan Army (AA) detonated a Military Council’s ration truck by landmine in the early morning on that day.