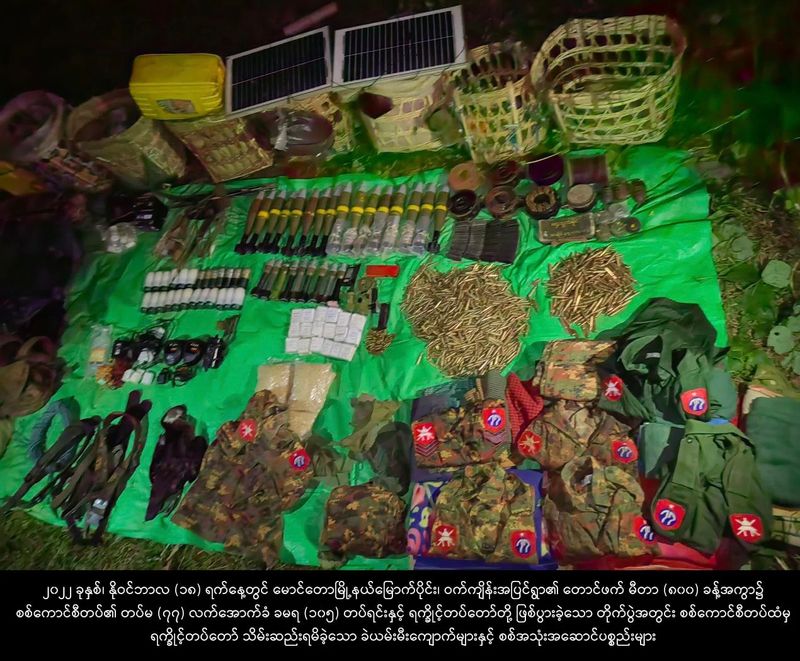 The Arakan Army (AA) and the Military Council engaged in fighting in Maungdaw, Buthidaung and Paletwa townships, resulted in 10 Military Council troops killed, as well as weapons and ammunition seized, AA said. AA also announced that one of their comrades was martyred, and 5 people were injured.

AA said that soldiers from the 105th Infantry Battalion under the Military Council’s 77th Division, had to flee for their lives in those battles. Military equipment and weapons of the 105th Infantry were seized, 10 soldiers were killed, and 15 others were injured, according to AA’s statement.

As a result of the fighting, five AA fighters were injured, and one Arakan warrior sacrificed his life for the country and people.

AA also claimed that their positions were still well under control, although there had been airstrikes by Military Council jets in the battle areas in the previous days.

On November 19, AA responded with artillery barrages at the Military Council’s Buthidaung-based 15th Division headquarters. In that process, it can be confirmed that artillery shells fell into the headquarters and exploded, but the exact situation of the casualties is not yet known, AA said.

The Military Council is stocking up on weapons and ammunition in the Paletwa of Chin  State as well as in Rakhine State, hence the fighting may become more intense, AA said.

(The photo was released by AA along with Statement)