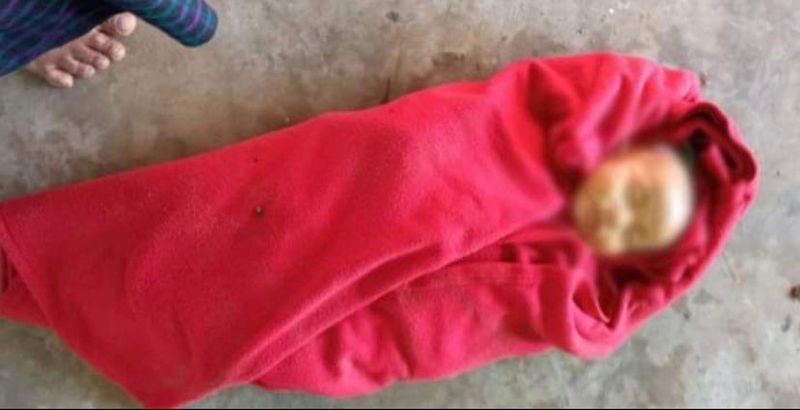 A 4-month-old child injured by artillery shells which landed at a child’s ear-piercing ceremony in a village of Maungdaw township of Rakhine State has died, and the death toll of the tragedy  has reached 13, local villagers reported.

A family member of another patient at the hospital confirmed to Narinjara that the deceased was 4-month-old Maung Saung Wai, who died on the evening of November 22 while receivingtreatment at Maungdaw Hospital.

“He died in Maungdaw on November 22. The child was only 4 months old at the most. The body of the little boy was buried at Maungdaw Myoma Cemetery on November 23 at around 11:30 AM.

The parents went back to the village after the funeral”, he said. The body of the little boy was buried at Maungdaw Myoma Cemetery on November 23 at around 11:30 am.

On the morning of November 16, while a child’s ear-piercing ceremony was being held in Jeitchaung village, artillery shells fired by the Kyein Chaung-based Border Guard Forces (BGF) 7th Battalion directly hit the village and exploded, killing 11 and injuring 24.

In addition to the child who passed away recently, another one of the injured died on November 18, bringing the total number of casualties to 13.

Three of the injured are in serious condition and are still receiving treatment at Maungdaw Hospital, the father of one of the patients told Narinjara.

“There is one who is receiving treatment at Maungdaw Hospital. The other two are receiving regular checkups at the hospital while staying in 3-Mile Monastery. Others who have recovered from their injuries have returned to the village.” he said.

The Military Council did not admit that the shelling that killed innocent people was their handiwork and alleged that as an act committed by AA.